“I get bored really quickly,” Rihanna told me on her way into the 69th annual Parsons Benefit on Monday night, where she was being honored for her work both as a designer and for promoting social good.

She was wearing a double-breasted khaki suit, exaggerated in its oversize proportion, with the sleeves rolled up and the attitude super chilled. The suit was designed by Matthew Adams Dolan, a bright young Parsons alum whose work was championed by Rihanna, it seemed, before anyone else. 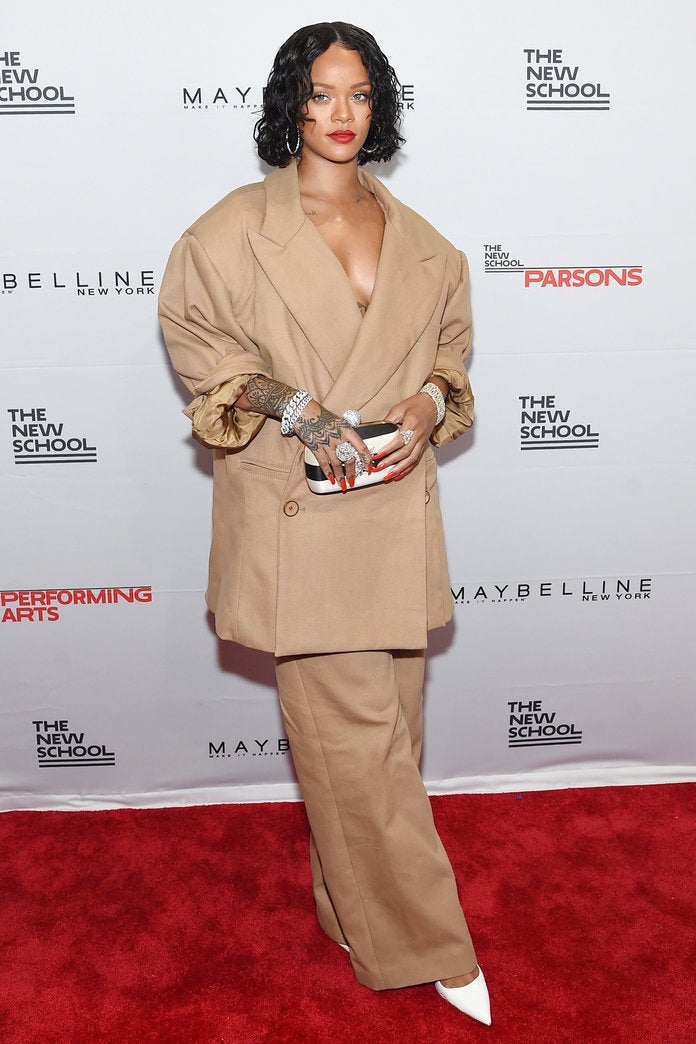 Sure, we all know Rihanna is way ahead of the curve when it comes to discovering design talent, and her Fenty collection has been an undeniable hit on the runways of New York and Paris, but who would have ever thought she would turn up at a Parsons graduation show? Frankly, it shows just how far Parsons has come in its recent efforts to make this event a more meaningful affair than the usual rubber-chicken fundraiser—that she not only showed up, but also announced a new partnership with Donna Karan to unite their humanitarian efforts.

The duo plan to bring a few Parsons students to Haiti in the near future to help develop local craftsmanship and continue their respective aid programs. Parsons also placed a greater emphasis on textile development and the promotion of sustainability in its selection of honorees this year, which also included Karen Katz, the chief executive of the Neiman Marcus Group, and designer Eileen Fisher.

And yet the big thrill of the night, as it should be, was the student fashion show that followed dinner. While fashion school graduation shows, in my opinion, often tend to reflect the aesthetic of the prevailing cool designers of the moment, the class of 2017 stood out for its wide range of individual voices.

If anything, the prevailing theme was of fashion designed for complicated times, and you could sense this generation’s anxiety over the environment or even the need for new designers in an overcrowded market. The prizewinning designs included aprons and martial arts-inspired smocks with graphic lines by Ji Won Choi, delightfully clownish knits by Emma Cleveland, and light ecru jackets sprouting what appeared to be wispy strands of grass by Jacob Olmedo. Another student, Olivia LeBlanc, designed a jacket that appeared to be made of floatation devices. This was all shown under the watchful eye of Rihanna, who appeared to be taking it all in, perhaps with a personal shopping list in mind. 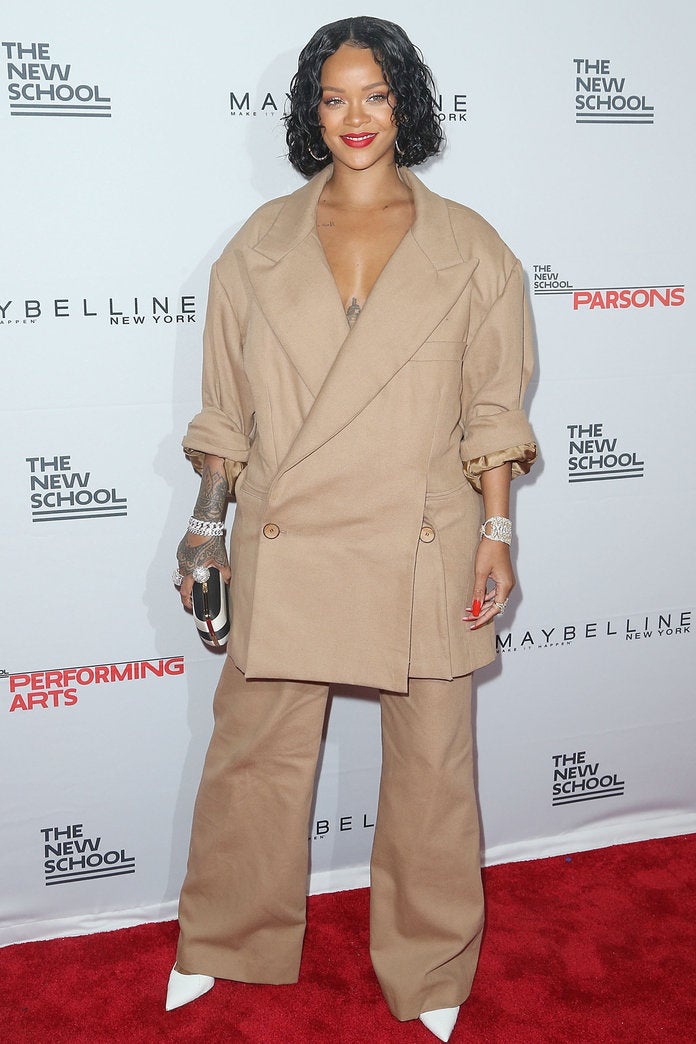 So I asked her what she would have studied if she had the opportunity to be a student at Parsons.

“I mean, only fashion, duh,” she said. “I’m not as brilliant as some of these students here, but I would definitely try to fit in with the fashion students.”

And, as a successful designer today, if she could teach them one thing, what would it be?

7 Fitness Products To Amp Up Your Home Workouts