It appears Rihanna has chosen who she wants as the next POTUS – and fittingly the singer announced it in absolute style.

Hours before the third and final presidential debate went down between Donald Trump and Hillary Clinton on Wednesday, RiRi was spotted on her way to a New York City recording studio wearing a grey tee emblazoned with a photo of Clinton.

Though the 28-year-old can’t vote in the U.S., she seemingly gave her endorsement by announcing she’s #WithHer. On the front of her $35 TRAPVILLA limited release T-shirt is a photo of then-New York senator Clinton proudly wearing a Yankees baseball cap. 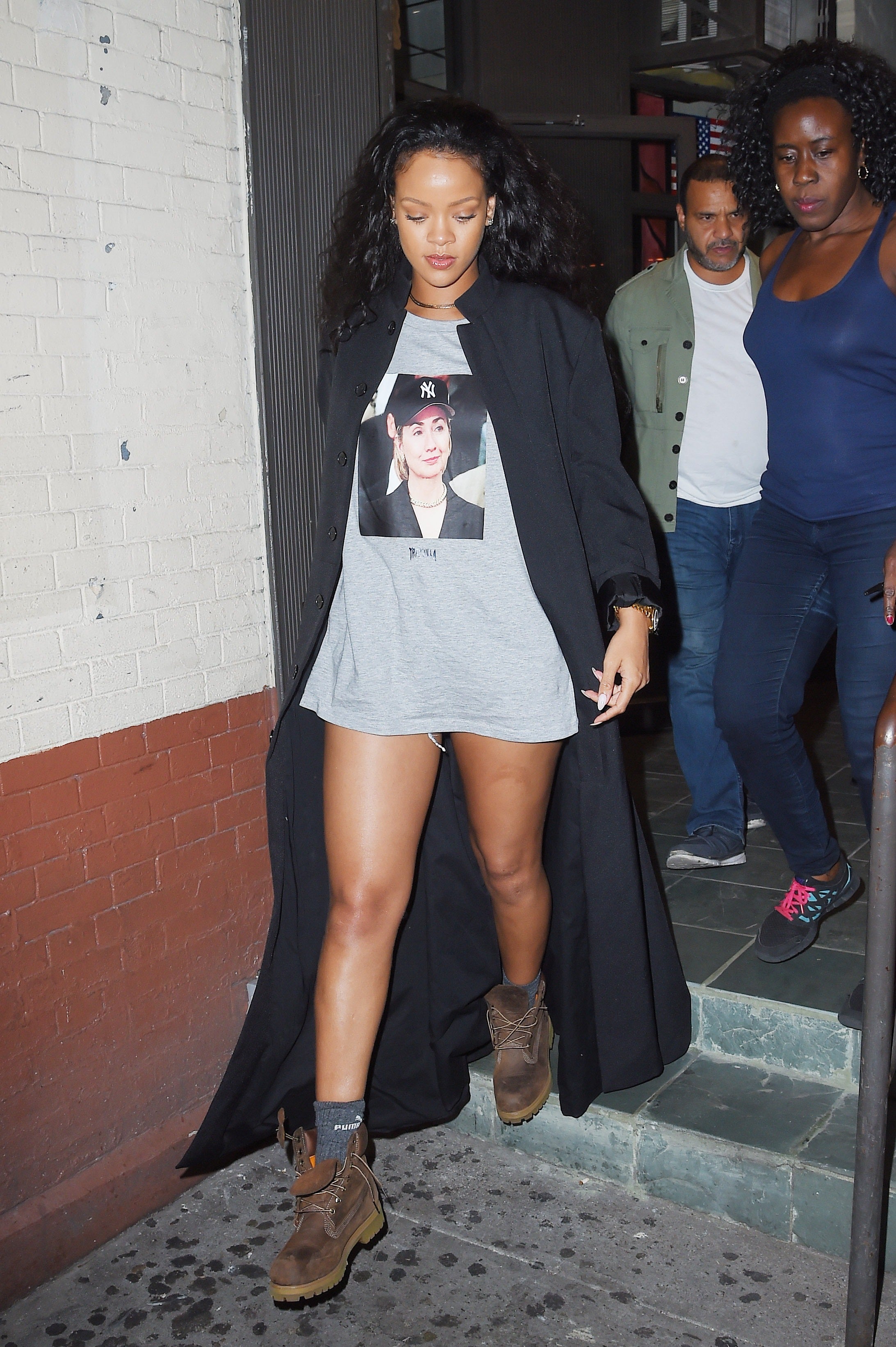 Back in September at one of her concerts, the Barbados native urged fans to register to vote. “I can’t vote, so ya’ll gotta do that for me. How many of ya’ll registered to vote?” she asked, even instructing them how.

“All right, well, if you have a cell phone in your hand you don’t really have an excuse not to be registered,” she continued. “It’s crazy numbers right now – over 70 million Americans are not registered to vote and it saddens me because young people are the future. So I want ya’ll to make sure that whatever happens here… The power is in your hands – literally right in your cell phone.”

Rhenna telling the girls to vote, put her in office tbh pic.twitter.com/cz4QCDRvgZ

Adding, “Hillary didn’t pay me to say that, I promise.”