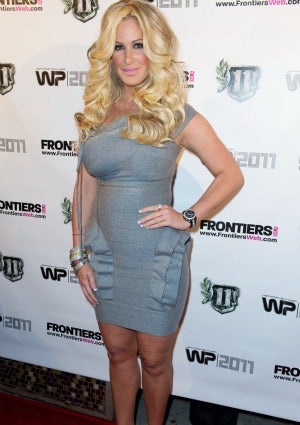 Three episodes deep into the third season of “Real Housewives of Atlanta,” and Kim is hard at work with her music, parenting and, of course, dealing with drama! In the second episode, she and Kandi had a “miscommunication” over “Tardy for the Party” money, and just the week before she and NeNe reconciled over dinner. Kim shared all the juicy details of her friendship with NeNe, her drama with Kandi and what she thinks of the newest housewives, Cynthia Bailey and Phaedra Parks… ESSENCE.com: On last week’s episode, Kandi said she didn’t get paid for writing “Tardy for the Party.” Is that true? KIM ZOLCIAK: They were definitely paid. There was a lot of miscommunication. It’s difficult in these industries. There’s a thing called publishing for the songwriters and then there’s a producer’s fee — and it’s so confusing. There was some confusion between who’s supposed to get what or how much. We worked that out. Money will never come between Kandi and I. ESSENCE.com: How much did you earn from it? ZOLCIAK: I’m not telling you that… ESSENCE.com: How does it feel to be invited to perform at the White Party? ZOLCIAK: I wasn’t really familiar with the White Party. When Jeffery first called me and said Lady Gaga was here last year, I was like ‘Wow this must be a pretty big deal.’ Once I researched it online and stuff, I was very nervous but I was so excited. I love my gay fans and I was so excited to go. ESSENCE.com: On the first episode you and NeNe reconciled and she invited you over for dinner. How was that? ZOLCIAK: It was great. NeNe had me laughing the whole time. She’s really funny even though we have this love-hate relationship. It was great to sit there one on one and catch up on everything that’s been going on with her and me. Like I said, we have a love-hate relationship. ESSENCE.com: Were you nervous? ZOLCIAK: I mean I was a little nervous. I hadn’t seen her in a long time. Whenever NeNe and I are back together and we’re out having a drink, it’s like we never stop talking. We always pick up right where we left off. ESSENCE.com: It seems like you’re becoming NeNe’s confidant because she’s revealing more to you. How do you think your friendship with her has changed? ZOLCIAK: I mean I’ve known NeNe for nine years. [We’ve] been through quite a bit of things. I read an article on NeNe saying she would never tell me her deepest darkest secrets, but we do share information. I can relate to some of the things she’s going through. And then the next day we’ll hate each other. I don’t think I would tell her my deep darkest secrets because the next day she could tell me to go to hell…and then there goes my secrets. We don’t have a very stable friendship so we don’t share anything that’s too too personal with each other. ESSENCE.com: Are we going to see you two getting closer as the season goes along? ZOLCIAK: Yeah, we had a great time this year. ESSENCE.com: In the first episode we got to see your conversation with Kandi about you dating Tracy and it was put into a magazine… fill us in on what happened. ZOLCIAK: I’m so over talking about it. This has been blown so out of proportion. I’ve been in a relationship for five-plus months. Tracy was a friend of mine, she remixed “Tardy for the Party” and I don’t go around asking people who they sleep with. I don’t know why people are so fascinated. It’s not that serious. It’s really that simple. I would never talk about it had people continued to blog and hassle me about it. Like I said, I don’t go around asking people who they slept with last night. How they feel they can ask me that is beyond me. Kandi was aware of the situation and I told her I would never talk about it, it was a fluke thing and that’s it. ESSENCE.com: What surprises can we expect from you this season? ZOLCIAK: I have a lot going on. Of course, my personal life changes and I work with Kandi. So it’s basically my music, my personal life. My kids are a big part of my life every day and you get to see me going things with them as they get older. ESSENCE.com: What do you think of the new housewives, Cynthia and Phaedra? ZOLCIAK: Cynthia just needs to be quiet. She’s been running around talking about me in all her interviews lately. I don’t even know her. And she loves to comment on the Tracy story. I didn’t spend any time with her this year. I don’t even know why she’s commenting on me to be honest. Phaedra is hilarious. She just cracks me up. I don’t know if it’s her accent or her one-liners, she’s a trip. You see Phaedra and I sitting down getting to know each other a little bit, but again I didn’t spend much time with either one of them.