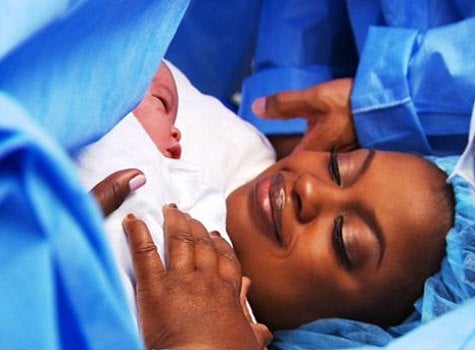 Is there a real doctor in the house? Well, it depends on what you mean by “doctor.” After weeks of the mystery that was Phaedra Park’s pregnancy, a truthful doctor came along to say that she was indeed 40 weeks preggers. Now why couldn’t her other “doctors” have told her that? Or was Phaedra keeping a little secret because no one in her family has children out of wedlock?  Sheree forgot to do a background check on her boo, “Dr.” Tiy-E Muhammad, so her friends pulled his cards and found out his PhD. was actually from an online university. Google is your friend, Sheree, just ask Kim Zolciak, who debuted her song, “Google Me” on “Watch What Happens” last night. NeNe Leakes has a new attitude, and a new job. So much drama, so little time. Find out what other moments had us in a tizzy last night. She could have died a maternal death “Giving birth is the closest thing next to death,” said Phaedra Parks, clearly anticipating the miracle of giving birth to her son. Her OB/GYN, Dr. Lue, finally reveals that she was indeed 40 weeks pregnant even though her other doctors didn’t have a clue whether she was six or seven months. Argh, those darn doctors, so misinformed. “The doctors I was seeing, well, they just had different theories,” she said. Theories? Here’s one for you: Phaedra and Apollo had a shotgun wedding shortly after finding out they were expecting . Of course, it’s just a theory. Oh no he didn’t NeNe finally meets Sheree’s new man friend, Dr. Tiy-E, and immediately remembers him as a phony doctor known around Atlanta. The girls then set off a round of interrogation so intense the good doctor breaks a sweat, while poor Sheree looks on, utterly dismayed. But you can tell something is brewing in her mind. As NeNe said, Sheree’s the type to stay quiet and blow up when the opportunity arises. And we all know what happens when you cross Sheree “Who Gon’ Check Me Boo” Whitfield. Dr. Tiy-E has been warned. Working woman As if being on “RHoA” weren’t enough NeNe says she’s finally ready to look for a job now that her marriage is on the rocks. She approaches a local TV station about becoming its resident entertainment reporter. The station likes what they hear and immediately puts NeNe on assignment to book big name celebrities like Tyler Perry and Mo’Nique. Somehow the thought of NeNe Leakes in the morning sounds like the perfect morning scream-fest. Besides, Kandi letting cameras into her boutique and Kim giving her an awful red wig for her birthday, both her and Cynthia didn’t get much air time this week. Here’s a sneak peek of the Sheree confronting “Dr.” Tiy-E next week:   What was your favorite moment from this week’s episode of “RHoA”?