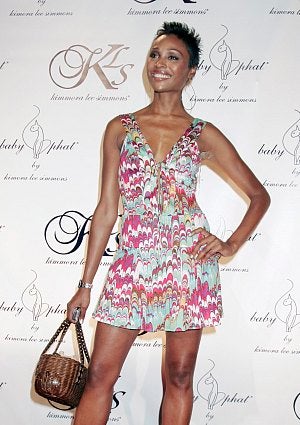 The newest cast member of the “Real Housewives of Atlanta” Cynthia Bailey walked down the aisle yesterday, according to the Atlanta Journal Constitution. In a statement released on Friday, Bailey’s publicist, Tolu Okunowo, said that the nuptials were being taped for the upcoming third season of the popular reality TV show. “Model Cynthia Bailey, one of the newest cast members of Bravo’s hit reality television show ‘The Real Housewives of Atlanta’ will walk down the aisle tomorrow night right here in Atlanta and the wedding ceremony and reception will be filmed for the upcoming third season of the hit series,” the statement read. “Invited guests include all the current Atlanta housewives and the other new cast member for this upcoming season; actor Leon Robinson from ‘The Five Heartbeats’ fame; R&B star Brandon Hines and a host of other celebrities. Lucky invited wedding guests can expect a lot of surprise performances by all of the celebrities at the reception. And of course, with NeNe, Kandi, Lisa and Sheree there, those wedding guests will probably get a little bit of drama too!” We hope there wasn’t too much of that. Who wants “drama” at their wedding? Bailey is marrying Peter Thomas, of Peter Thomas Entertainment, owner of Uptown Restaurant and Lounge in Atlanta. Congratulations, Cynthia and Peter, and we’ll be watching you on the next season of “RHWOA.”