There are some things we’d all like to forget from Monday’s The Bachelorette premiere (looking at you, Whaboom and Alex Jr.), but one thing that’s worth remembering? Rachel Lindsay’s stunning Randi Rahm couture gown. The 32-year-old Dallas-based lawyer made a striking style statement on night one with the dress, which was covered in white beads and Swarovski crystals.

The dress’ delicate nature didn’t stop the suitors from picking her up in an effort to literally “sweep her off her feet.” And their show of strength didn’t go unnoticed by Lindsay, who tells PEOPLE that it “was impressive” when firefighter Bryce “was able to do it in my dress which weighed about 25 lbs.” (The designer actually confirmed it was closer to 30 — that’s a lot of beads!) Rahm spent over 150 hours creating the gown with her team, including hand-sewing the beads and crystals onto sheer fabric. 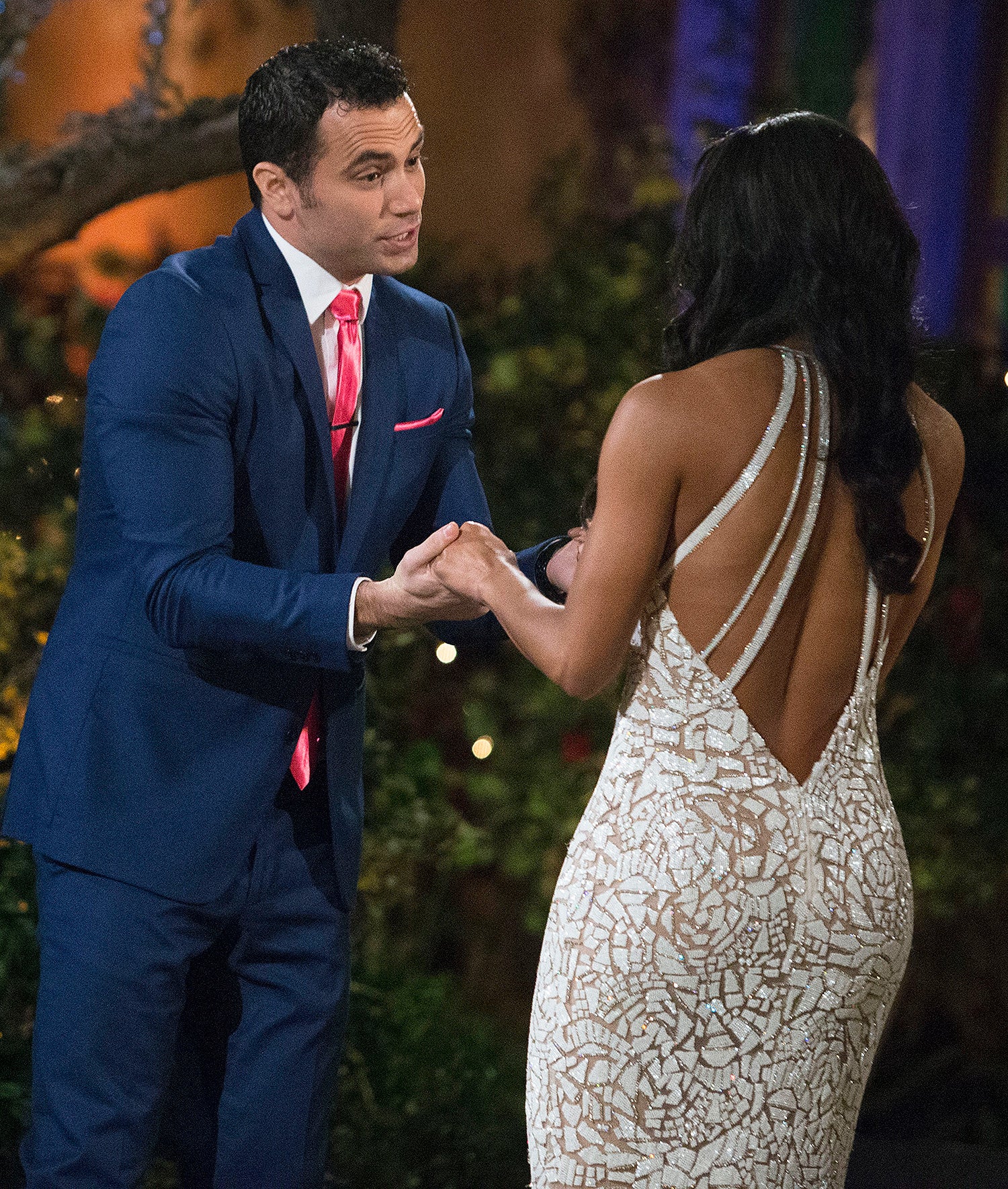 Rahm has been a longtime Bachelor presence, having designed gowns for Bachelorettes (and final twos) for years. She says she can’t pick a favorite moment from the franchise, but JoJo’s blue fishtail gown (which required its own suitcase) stands out: “Something about that gown on JoJo really made such an impact.” She also points to two dresses worn by Ashley Rosenbaum (née Hebert): her finale dress, as well as her wedding gown, which she also designed.

So what went into choosing Rachel’s premiere look? The designer tells PeopleStyle that she sent “close to 20” options for Rachel to try for the premiere alone (but admits the total number Rachel considered is “a secret”). “They wanted something that really suited her personality and would make her pop onscreen, while showing her true beauty.”

Sadly, Rachel didn’t get to keep the dress, but Rahm says “it will always have her name on it and she is welcome to revisit it at any time.” And if you’re in love with it, we have good news: Rahm will be offering a version at a more affordable price point next season. But if you need it now, you can order a custom version from her N.Y.C. atelier, or you can shop this similar style available at Saks.