Skip to content
Justin Lubin/NBC/NBCU Photo Bank via Getty Images
By Sydney Scott · Updated October 23, 2020
Pretty Dope is the place where ESSENCE highlights creatives doing amazing things in front of the camera and on the mic. You should know each and every one of these faces. They’re pretty dope. If you were fooled by Kirby Howell-Baptiste’s Australian accent on The Good Place, then join the club. The British actress is the newest face to join the NBC comedy, which focuses on an actual heaven-like utopia where people living their best and most upright lives go as a reward. That is until Kristen Bell’s character, Eleanor Shellstrop, wakes up there and feels like she just doesn’t belong. Howell-Baptiste plays Simone, a neuroscientist who catches the eye of perpetually indecisive ethics professor, Chidi (William Jackson Harper). “Doing accents is the most nerve-wracking thing because everyone is a critic when you do accents,” she tells ESSENCE. “When anyone says, ‘Your accent is really good.’ I’m like ‘You have no idea how much you have touched my very soul.’ Everyone’s a critic.” A star on the rise, Howell-Baptiste’s resume also includes TV faves like Barry, Love, and Killing Eve. But the actress recently opened up to ESSENCE about journaling and a possible career as an activist. 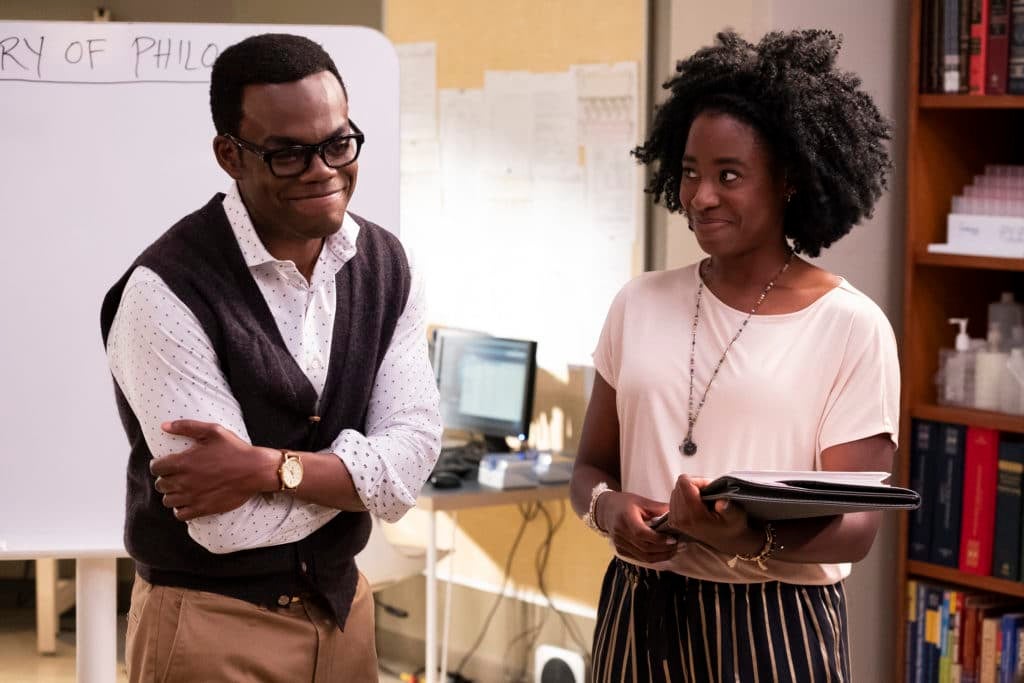 Your accent on The Good Place is really convincing, are there other accents in your bag that you can do? I’d like to think I can, but then you put it to the test and you do it on a TV show and people are like, ‘No!’ I can do a Caribbean accent because I’ve grown up hearing it. My nan is from the Caribbean, she moved to London over 50 years ago and she still has the thickest Caribbean accent. When I was younger, I used to go to a church that was predominately Caribbean so that’s just second nature to me. So, before I leave this topic of accents, who do you think are the best and worst examples of an American actor doing a British accent? Not to call anyone out specifically — because as I now understand accents are hard — but most Americans will basically imitate Dick Van Dyke…in Mary Poppins. That I think is the horrible. But you know I don’t blame Americans because there’s not one British accent. I genuinely do think it is easier to come from Britain and do an American accent because a natural American accent in the mouth is slightly lazier and things aren’t hit as hard. [The] most common example: My name’s Kirby, and I say, ‘Kirby,’ but there are things that we do stress and don’t stress. And so people think I’m saying ‘Cubby’ all the time. I’ll say, ‘Hi, I’m Kirby’ and they’ll go ‘Cubby?’ And if it’s someone that I don’t think I’ll ever meet again I’ll say yes and keep it moving. 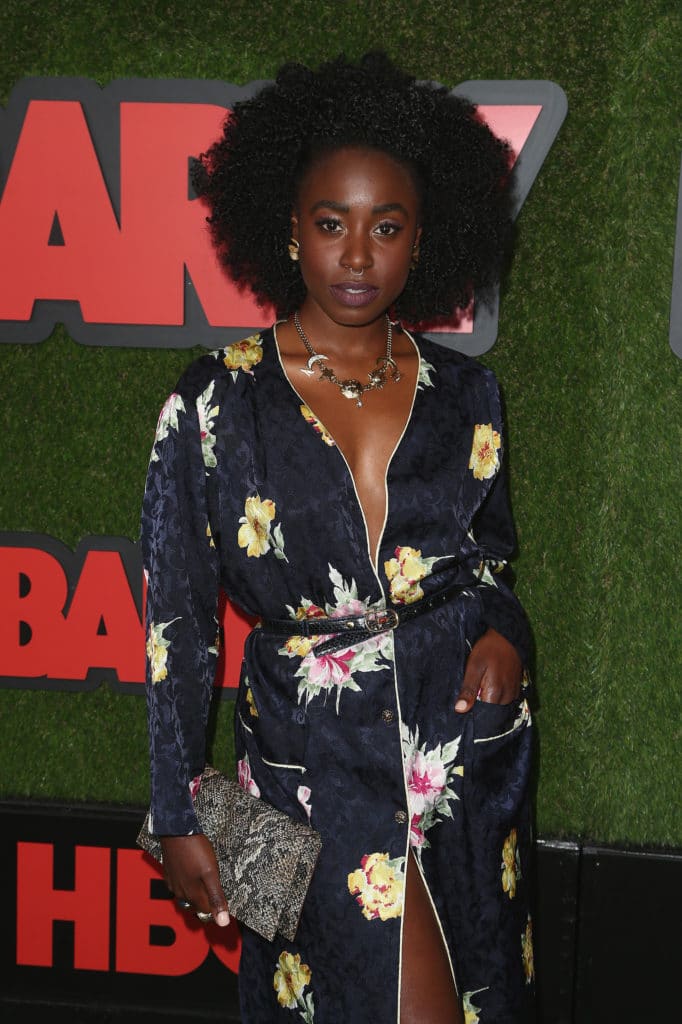 If you weren’t acting what would you be doing? If I weren’t acting, I’d like to say being involved in activism. I’ve always been very interested in helping people. When I was younger, I used to say I wanted to be a teacher, lawyer, and a hairdresser. I do my own hair.  I do it myself because I’ve been burned too many times. Every now and then, I’ll go in and get a nice deep condition and get it washed for real, but I have been burned. I have natural hair, so there is much room for human error. The lawyer thing really appealed to me when I was younger because I like to think I have always had a strong sense of morality. Injustice is something that I think affects me very much. It’s something that really genuinely affects me in a very deep way. 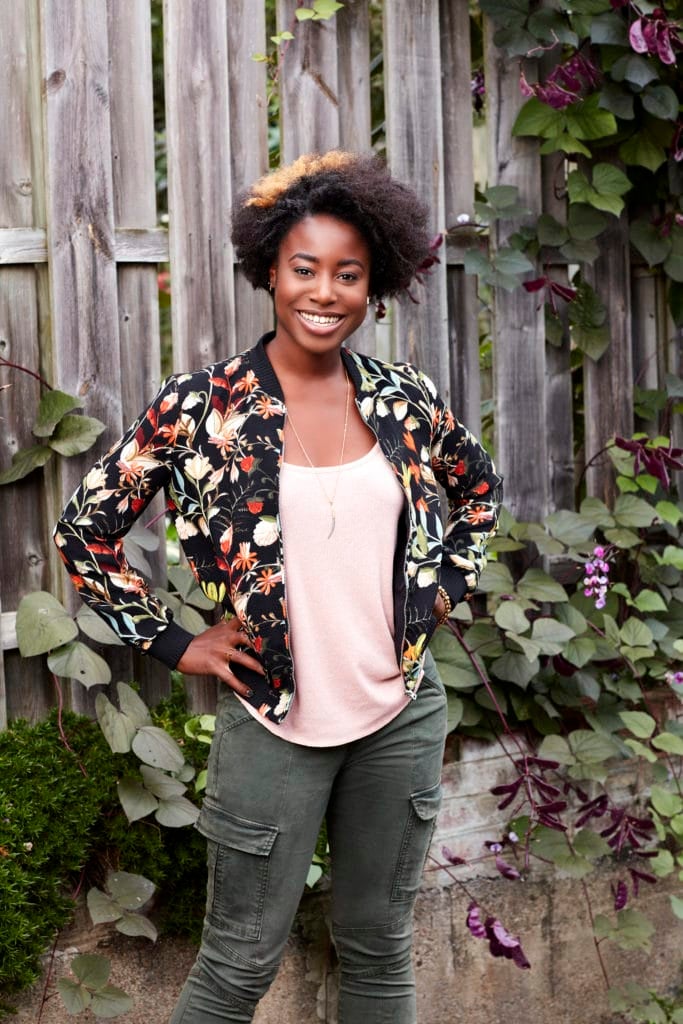 I do a lot of voluntary work now, but I think I would do activism. I would probably be doing it in another country. I love London — and America’s cool — but I love the idea of traveling. I think I would do something where I could help people and travel. So, what’s ahead for you? Are you the kind of person who likes to plan ahead? Are there projects that you’re really excited about on the horizon? I write and I get really excited about the things that I’m writing because I think what we need are more diverse voices, more unique voices. Something that I love about The Good Place is how their writers room has just has so many different, unique voices, and particularly, strong female voices. That to me is important and exciting. I’m trying to be excited about the future, but without anxiety [and] without trying to plan too much. I’m naturally a very organized person and I do love having a plan. I write everything down in an organizer. I write in a journal and I write down where I’d like to be. But I’m trying to be more open to what can come without me planning every last detail because, if I’m honest, everything wonderful thing that has come into my life has really been a surprise. I couldn’t have told you five years ago that I would be here now doing this. The interview was edited for clarity.