Getty Images
By Sydney Scott · Updated December 6, 2020
Don’t be surprised if you start to see more of Jodie Turner-Smith. The striking actress, who plays Melantha Jhirl in SYFY’s new Nightflyers based on the George R. R. Martin novella, began her career by playing a siren in HBO’s True Blood. And after popping up in projects like TNT’s The Last Ship and the 2017 film Newness, Turner-Smith is now set to star opposite Daniel Kaluuya in Lena Waithe’s Queen & Slim, helmed by Melina Matsoukas. Looking at her resume, you can see that Turner-Smith has been hard at work, and her rapid rise is just one payoff. 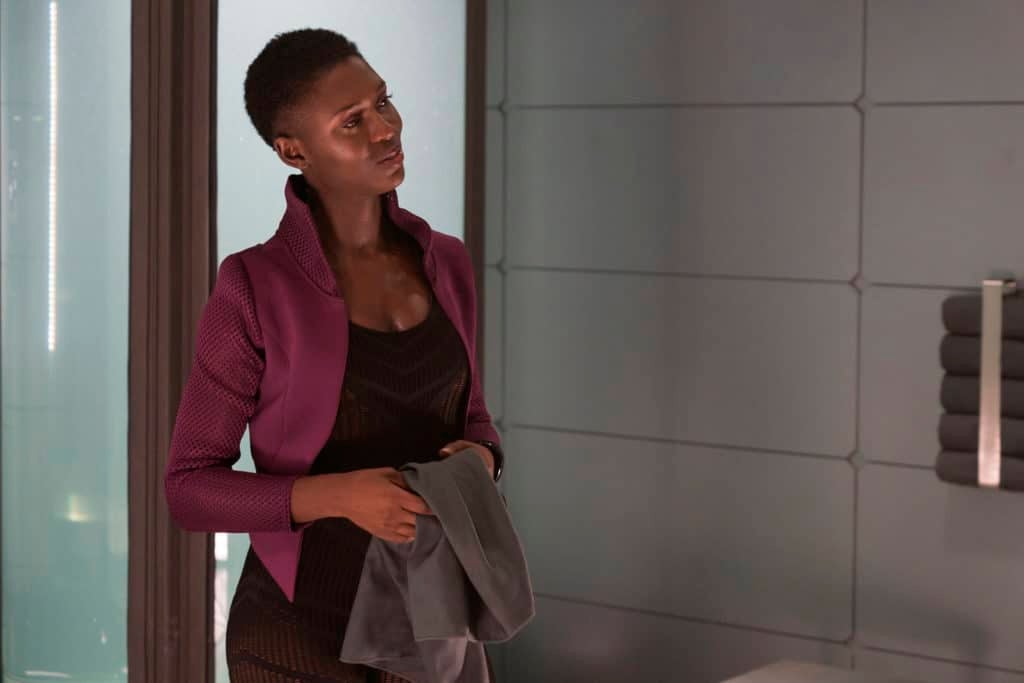 Speaking with ESSENCE, the actress shared that one of the reasons she loves acting is having the opportunity to represent dark-skinned women on TV. “The fact that I’m being cast in a show to play a female lead and I’m the dark-skinned Black woman with short hair, it’s so incredible,” she told ESSENCE. “When I think about what it meant to me in the past, what it meant to me when I was younger to see someone who was dark-skinned in the public eye at all; the fact that I can create a character that a little dark-skinned girl is going to look at and watch and say, ‘Look at this strong woman on television. Look at this strong woman on my movie screen,’ is humbling and so exciting,” Turner-Smith continued. And Turner’s accurate portrayal in Nightflyers is a BIG DEAL. Described as “a head taller than anyone on board, a large-framed, large-breasted, long-legged, strong, muscles moving fluidly beneath shiny coal-black skin” in Martin’s novella, Melantha was whitewashed in the 1987 film adaptation and in the art for the novella. 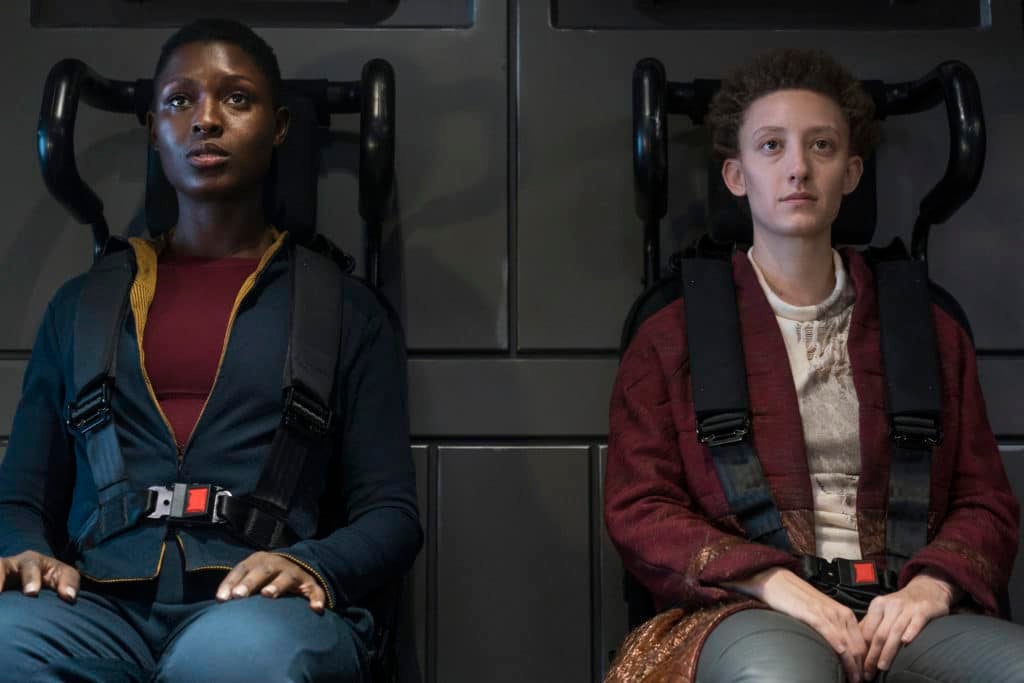 When SyFy picked up the project and adapted it for TV, Martin made it clear that he wanted the character done right. Turner admitted that taking on the character was “a little bit overwhelming,” which is understandable considering Martin’s place in pop culture and the frenzy around any project the author is connected to. Martin is responsible for one of the biggest small screen phenomenons, HBO’s mega-hit Game of Thrones. “I read the Nightflyers novella and knowing that it was something that had been written by George R.R. Martin, knowing how those stories kind of go, I was really curious to see what happened to my character in the source material,” Turner-Smith said. The starlet said she had “this huge load of confidence” after getting Martin’s approval. “He thought it was a good character and I thought that was just wonderful. It was a huge load of confidence going into it that kind of just gave me a little bit of wind beneath my wings to really go and make this my own,” she continued. Turner-Smith’s done just that with Melantha, presenting the character as strong, vulnerable, and multi-faceted.
Loading the player...
It gives a glimpse into the talent the actress will bring to her role in Queen & Slim, which Turner-Smith said she’s “already working on it now.” And if that wasn’t enough, Turner has another project in post-production — a Marvin Gaye biopic titled Sexual Healing. Still, it’s not clear if fans will ever get to see her in the film take on the iconic Grace Jones. “I always get asked about playing Grace Jones and that was something that I filmed…it must’ve been like four or five years ago. I don’t know if that film is ever going to come out,” she admitted. Although these things happen often in Hollywood, one thing is for sure: while the fate of Sexual Healing may be undetermined, Jodie Turner-Smith’s rise is written in the stars. Be sure to catch Turner-Smith in Nightflyers’ finale, which airs this Thursday at 10 p.m. on SYFY.