By clicking Sign Up, you agree to our Terms of Use and that you have read our Privacy Policy
Skip to content
Matthew Murphy
By Lapacazo Sandoval · Updated December 6, 2020
Pretty Dope is the place where ESSENCE highlights creatives doing amazing things in front of the camera and on the mic. You should know each and every one of these faces. They’re pretty dope. When ingénue Christiani Pitts was a little girl, she told her parents that her dream was to be a Broadway star and be remembered for something “colossally big.” Come Thursday, when the new musical King Kong opens inside New York’s Broadway Theater, leading lady Pitts will achieve both dreams and hit a direct bullseye. The slender, ebony beauty plays Ann Darrow — the first Black woman to play that character — and it’s a daunting role, performing with a co-star that’s 20-feet high, weighs 2,000-plus pounds and is able to unleash a sonic boom of a roar. “I don’t take playing the role of Ann Darrow lightly,” Pitts told ESSENCE earlier this summer while promoting the musical. “This is an iconic role and no one that looks like me has never got[ten] a chance to do [it].” Based on the 1932 concept conceived by Edgar Wallace and Merian C. Cooper, the world first met Ann Darrow in the original 1933 film. And this week, the Great White Way will see a contemporary take on the classic tale of beauty and the beast. It follows Darrow (Pitts) and filmmaker Carl Denham (Eric William Morris) as they voyage from the bustling streets of 1930s New York to an uncharted island to capture the world’s greatest wonder — a majestic gorilla. Onstage, it is brought to life by a team of seamlessly integrated artists and technicians, who use an innovative mix of robotics, puppetry and stagecraft. 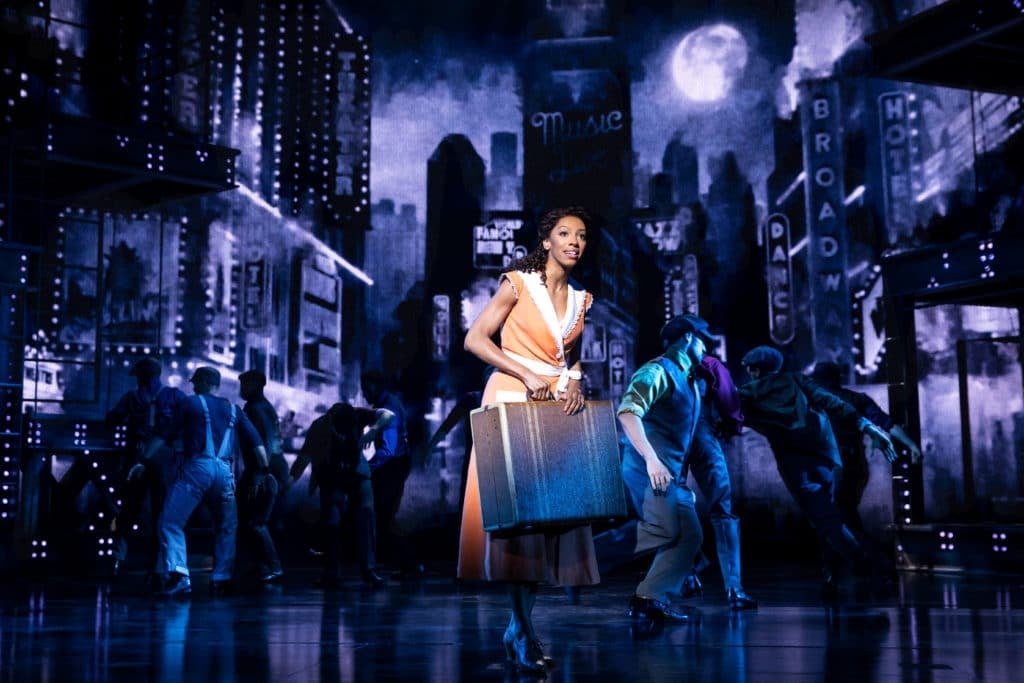 With Pitts as the lead, the story of King Kong takes on a more complex and profound journey. “Imagine what Anne had to sacrifice as a woman of color in 1930, who dreams of being a Broadway star. When you think about all her obstacles, it’s insane and I think that it brings so much more color and truth to the story that wasn’t there before,” she said.

King Kong, directed by Drew McOnie, was brought to life with a book written by Jack Thorne (Harry Potter and the Cursed Child), songs by Eddie Perfect (Beetlejuice) and a score by Marius de Vries (Moulin Rouge).

Audiences are sure to be impressed with the music they’ll hear. Even Pitts admitted that it’s “the most challenging musical scores that I’ve ever gotten.” 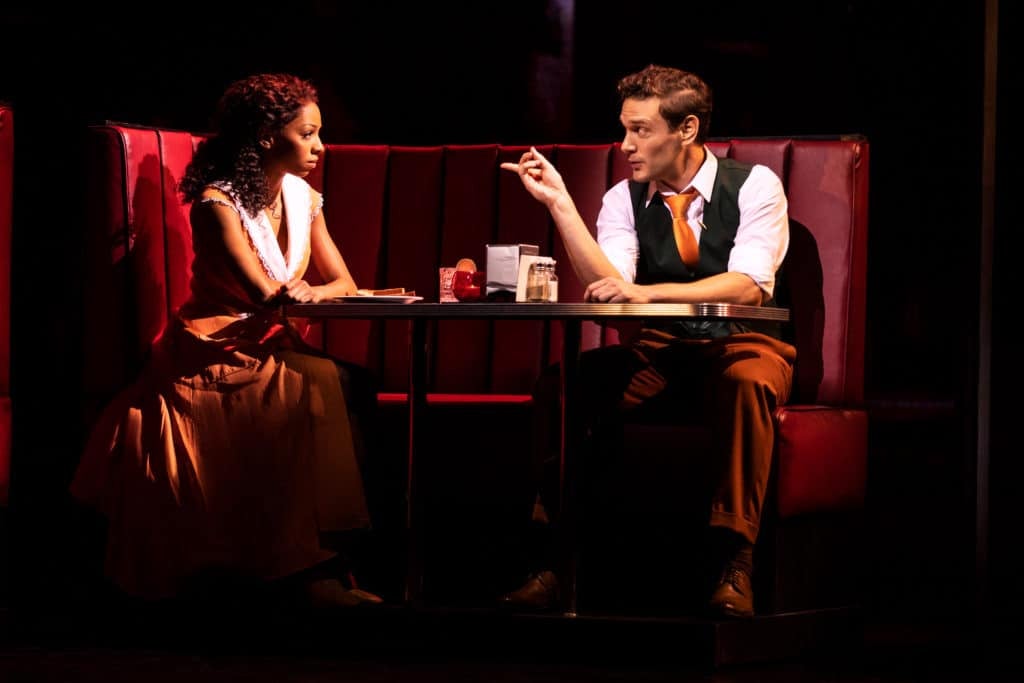 “They wanted to make sure that everything Ann wanted to say was fully realized,” she said of why the score was so complex. “This is her full perspective so they took a lot of time in creating the songs that reflect that.” For many, the image of King Kong trying to survive in a hostile world echoes the feeling so many Black people feel living in America — a symbol of something much deeper, primal, and tragic. He’s the embodiment of the Other. Pitts agreed, adding: “This version embodies strength and otherness, and by otherness I mean, Ann is a Black woman who moves to New York City with absolutely nothing but a dream and a suitcase, and she’s surrounded by beautiful chorus girls.” “She’s seen herself represented but she just can’t get a chance,” she continued. “What I am learning in playing Ann Darrow, is how to take the things that make me different, to walk in them, to stride with power instead of being ashamed [of] it — she’s a superhero.”