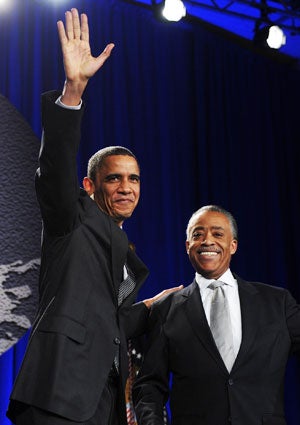 Rev. Sharpton made remarks about the work of President Obama, saying, “He took this nation from where most of us have never been in our lifetime and put us back on a solid course.”  President Obama responded by commending Sharpton and his work with the National Action Network, which tackles issues such as anti-violence, education and criminal justice. The decision to attend Rev. Sharpton’s event shows that President Obama is serious about reaching out to his African-American supporters.

Sunny Hostin Slams 'Corrupt' US Policy On Haiti Amidst Migra...