After eight incredible, tumultuous, unforgettable years in the White House, the Obamas are preparing for their final days, and ESSENCE wants to send the First Family off with a hug and a salute. 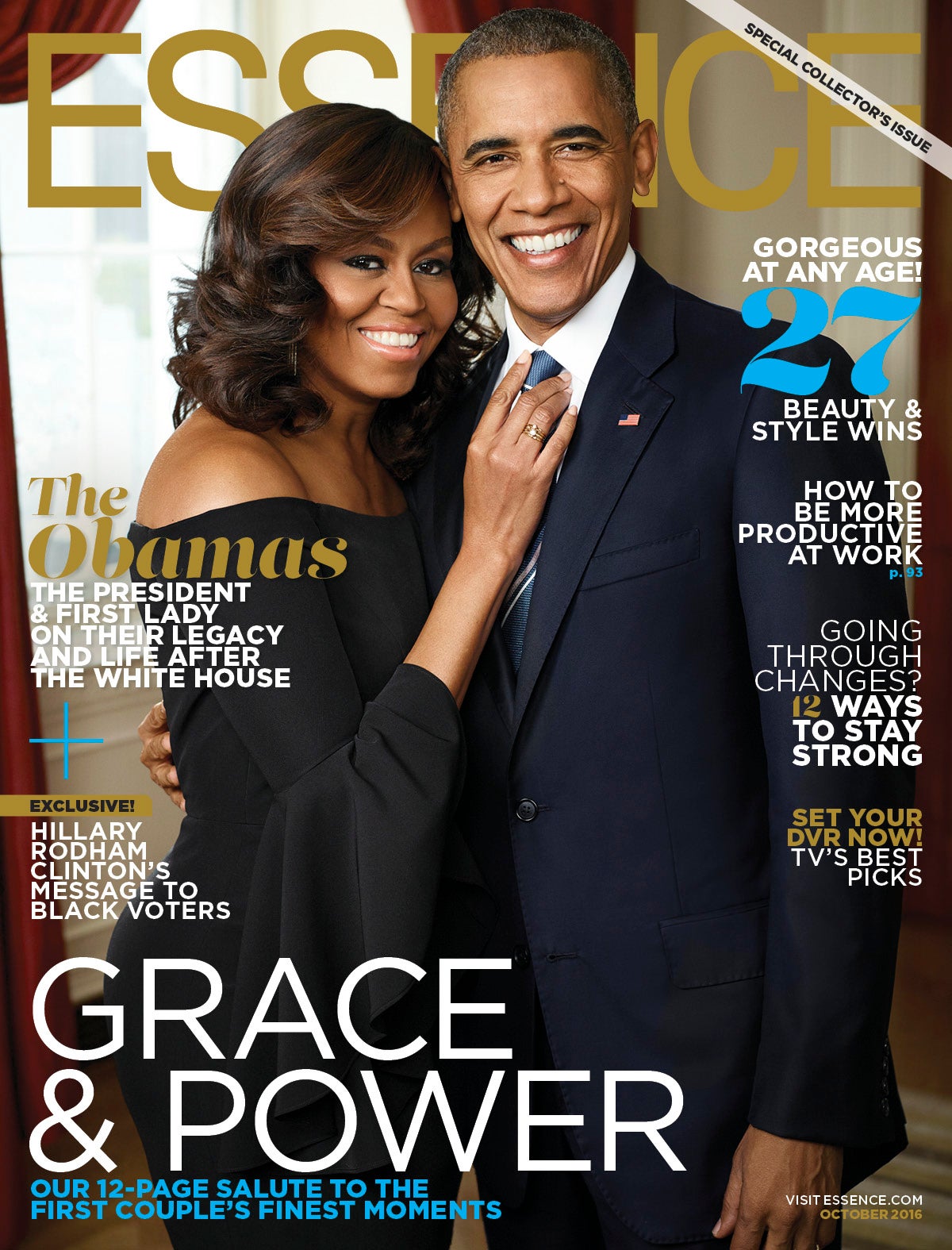 And of course, who could forget the time our FLOTUS and POTUS gave us relationship goals on the cover of ESSENCE?!

President and Michelle Obama cover the October issue of ESSENCE magazine, in which they talk about their life in the White House, the state of the nation and the legacy they hope to leave behind.

“…I can unequivocally say that America is better off now than we were when we came into office. By almost every economic measure, we’re better off,” President Obama said. “But having said that, we still have a lot of work to do.”

While the Obamas are hoping that their initiatives—My Brother’s Keeper, Let’s Move, Let Girls Learn, to name a few—will live on, the couple hopes to hold on to the memories that they’ve made during their eight years in DC.

“The memories that last ultimately are the family memories,” President Obama said. “Some of my fondest memories of the White House are just being with the girls on a summer night and walking the dogs around the South Lawn, talking and listening to them, trying to get Bo to move because sometimes it’s hot.”

While the Obamas have undoubtedly brought a refreshing change to the White House—and politics in general—Mrs. Obama says that she hopes their visibility will continue to inspire Black boys and girls.

“I think when it comes to Black kids, it means something for them to have spent most of their life seeing the family in the White House look like them,” Mrs. Obama said. “It matters. All the future work that Barack talked about, I think over these last few years, we’ve kind of knocked the ceiling of limitation off the roofs of many young kids; imaginations of what’s possible for them. And as a mother, I wouldn’t underestimate how important that is, having that vision that you can really do anything—not because somebody told you, but because you’ve seen and experienced it. I think that will be a lasting impact on our kids.”

For more from the Obamas, pick up a copy of the October special collector’s issue of ESSENCE, on newsstands Friday, September 9!