Skip to content
Harpo, Inc.
By Keyaira Boone · December 7, 2018December 6, 2020
The Oprah Winfrey Leadership Academy for Girls celebrated their seventh graduation ceremony last week, with 58 girls graduating with a stellar education. Award-winning filmmaker Tyler Perry, who is a frequent collaborator and close friend of Winfrey’s, served as the commencement speaker on December 1 for this year’s class.
Loading the player...
In his address, he discussed Winfrey’s devotion to developing committed leaders and change agents. “Before the ceremony this morning, I spoke to Ms. Winfrey and asked her how she chose the girls,” he said. “She said she looks for something special, something that sparkles and is unique. Today that is all I saw,” Perry continued. “I saw all the hope, brilliance and intelligence. Being the chosen one is special and wonderful. It gives you the opportunity to strive and go higher and do things that you would have not had the chance to do.” 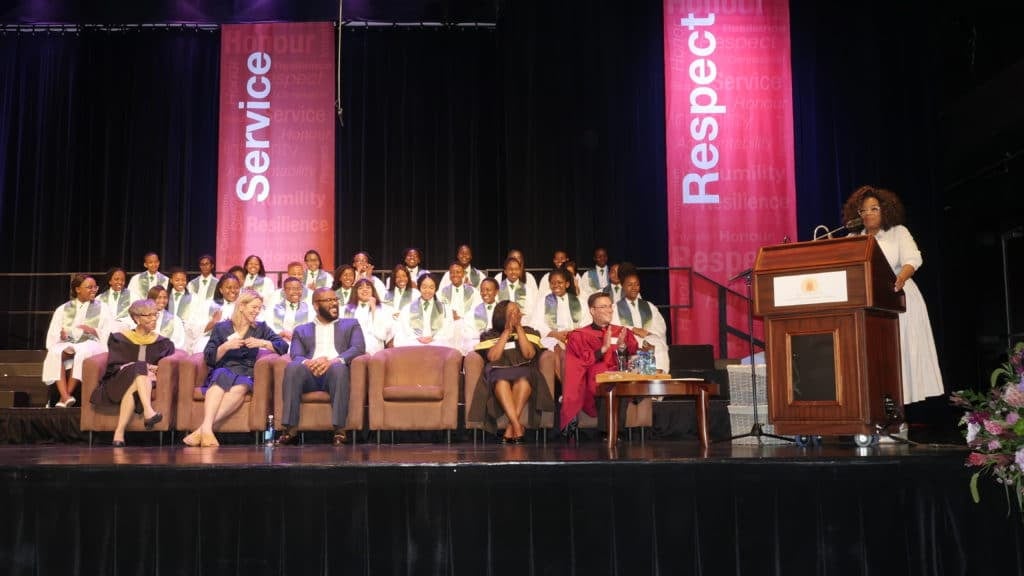 During the ceremony, the institution’s top academic performers were recognized. Nicolle Naidoo received the award for Top Academic Achiever of 2018. Anele Satsa was named the runner-up for her talents. Lethukukhanya Mbambo was the winner of The Oprah Winfrey Leadership Award, an honor bestowed, “to a student that epitomises leadership, caring, and generosity of spirit.” “It is such an honor and privilege to exist in a space where you can become more than you were yesterday,” said Khensani Hlaise, the academy’s 2018 Class Representative. 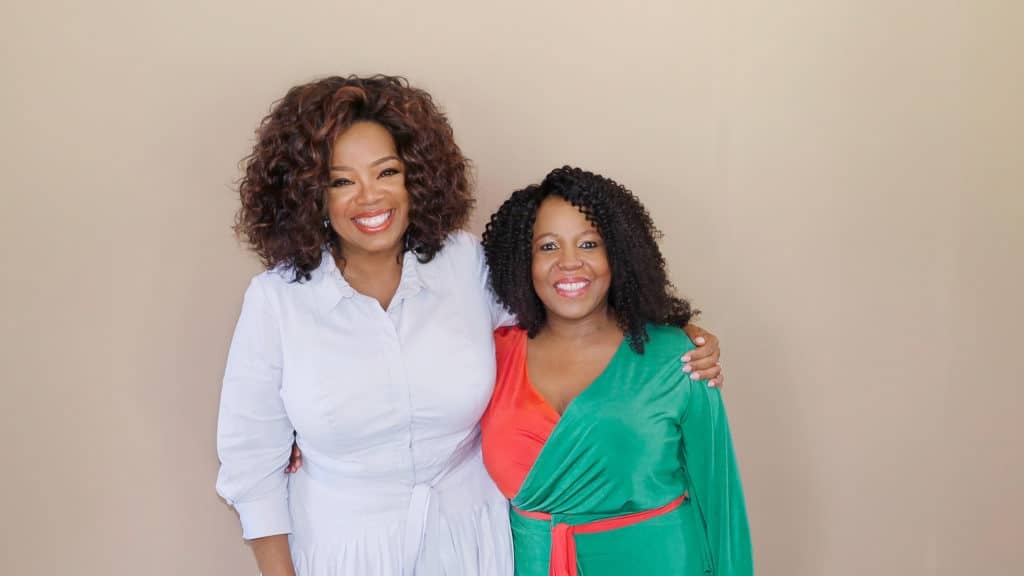 “For my sisters and I, this journey has been of becoming more of ourselves, it has been about uncovering and discovering, a journey of shedding our fears and becoming who we truly have always been. We are all here because of a dream that Mum O had,” she continued. The academy is the result of a pledge Oprah Winfrey made to former president Nelson Mandela back in 2002. It facilitates access to world-class educational resources for marginalized girls in South Africa. We can’t wait to see that pledge flourish further! Congratulations to the class of 2018! TOPICS:  Oprah Winfrey