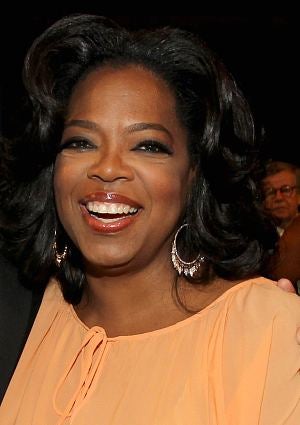 It’s been a minute since we last saw Oprah Winfrey on the big screen — her last appearance was 1998’s “Beloved.” But it is confirmed that she will star in the creator of “Sex and the City” Michael Patrick King’s new project, US Weekly reports. Oprah’s co-stars will be Meryl Streep and Sandra Bullock in a comedy that follows three ladies working on a TV channel similar to the Home Shopping Network. Oprah plus the man behind “SATC”? We’re there! “I came up with the idea of writing for Meryl, Sandy and Oprah,” said King, “and it became so specific to them that I wanted to be sure I had interest from these ladies.” “I put it in front of each of them and they all said yes. To have access to these women, tell them this story and hear yes was almost like a Greek mythological journey, with me going from one goddess to the next… It’s also appealing to craft a character for Oprah to come back and play that’s not Oprah.”