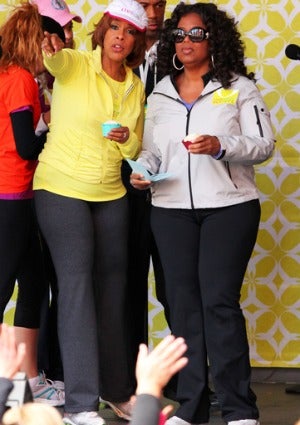 For years people have speculated that Oprah Winfrey’s friendship with Gayle King is more than platonic. The longtime BFFs decided to have some fun with the rumors during a recent camping trip filmed for the “Oprah Winfrey Show.” Winfrey and King were filming their trip as part of an initiative to get more Black families to go camping, People.com Reported. As the girlfriends readied to spend the night in a small pop-up camper, Winfrey said, “Gayle, want to go in first?” King, quickly replied, “Why don’t you just add to that lesbian rumor?” “Lesbian rumors,” Winfrey repeated, throwing her hands up in the air — and there’s been several comments made about their relationship. The quick-witted King responded, “Come on in, baby,” before heading into the camper. Watch the clip on People.com.