Oprah can–without question–command a room but at ESSENCE Festival 2016, the media mogul took to the Empowerment stage to celebrate, encourage and of course, inspire.

Winfrey who made her first appearance at the annual weekend-long gathering of certifiable #BlackGirlMagic in New Orleans gave the audience a stirring bit of wisdom, “the magic is to surrender to God’s dream for you.”

For those in the room, the testimonies of reaching and realizing beyond dreams left audience members overflowing.

Listening to @Oprah speak for the 1st time on the Empowerment Expo stage at #EssenceFest. pic.twitter.com/tJsqfmMspK

@Oprah is over here giving a word and I’m all the way here for it. @essencefest #EssenceFest

@Oprah has empowered in unimaginable ways. Everyone will walk out of this changed- walking into their God-given destiny #essencefest

The energy that you are putting out is ALWAYS COMING BACK. Whether you believe it or not, because it is LAW!! –@Oprah #essencefest #oprah

Thank you @Oprah for being a speaker at #EssenceFest you inspired me so much! Highlight of my weekend.what is God’s dream for you.

Winfrey serves as a producer alongside Selma director Ava Duvernay on her new project Queen Sugar. DuVernay, too, kept the crowd empowered during a weekend full of encouragement. 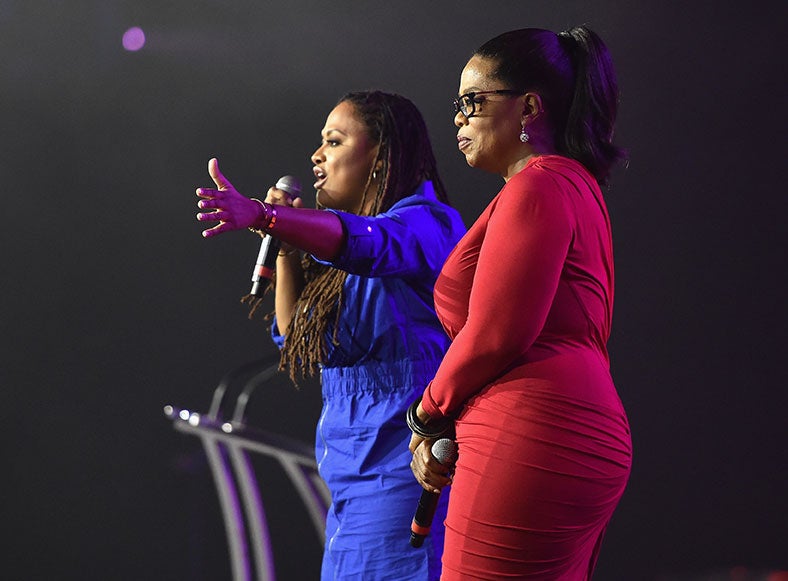 Our cups runneth over from merely the image of their embrace and we don’t think we will ever recover.