By Candice Benbow · Updated December 6, 2020
The Carters attended the 50th NAACP Image Awards this past Sunday in Los Angeles. And although they attended the GLAAD Awards — where they were also honored — earlier that weekend, public appearances have become a bit rare for the parents of three. That made their presence at the Image Awards, where Jay was presented with the President’s Award and Bey won Entertainer of the Year, even more special. It was one big Black cookout and everybody was happy to see their famous favorite cousins. Some were a little too happy. Video circulated of Omari Hardwick greeting the Carters. Jay got the standard soul brother dap while Beyoncé received a prolonged hug with not one, but two, kisses. Immediately, the Beyhive got into formation, swarming the Power star’s Instagram comments. Black women everywhere cringed. We read Bey’s facial expressions and body language and knew them all too well. We know what it’s like to navigate awkward exchanges with men.

There’s little doubt that Hardwick, the happily married father of two, found himself caught up in the excitement of seeing The Carters and meant absolutely no harm. And no matter how many times you may have seen her previously, being in the presence of Beyoncé is always a gift. I don’t think the actor, and most men for that matter, saw anything wrong with what he did. In fact, a few brothers across social media felt women were reading entirely too much into it. After all, Hardwick has a wife and family, and Beyoncé’s husband was right there. It seemed willful disrespect wasn’t his intent. Perhaps, that’s the problem. The fact that this exchange resonated with so many women speaks to a reality in which many women consistently find themselves on guard when greeted by men. Instinctively, men reach in for a hug and often take a kiss. How a woman reacts will always be considered a reflection of her character and not indicative of boundaries she’s set. The truth is that most men don’t have to navigate these moments in the same way. They often don’t think about our perspective; they weren’t taught to think about it. And if they are genuinely good men who find themselves star struck like everyone else, they don’t realize how their admiration can cross the line. 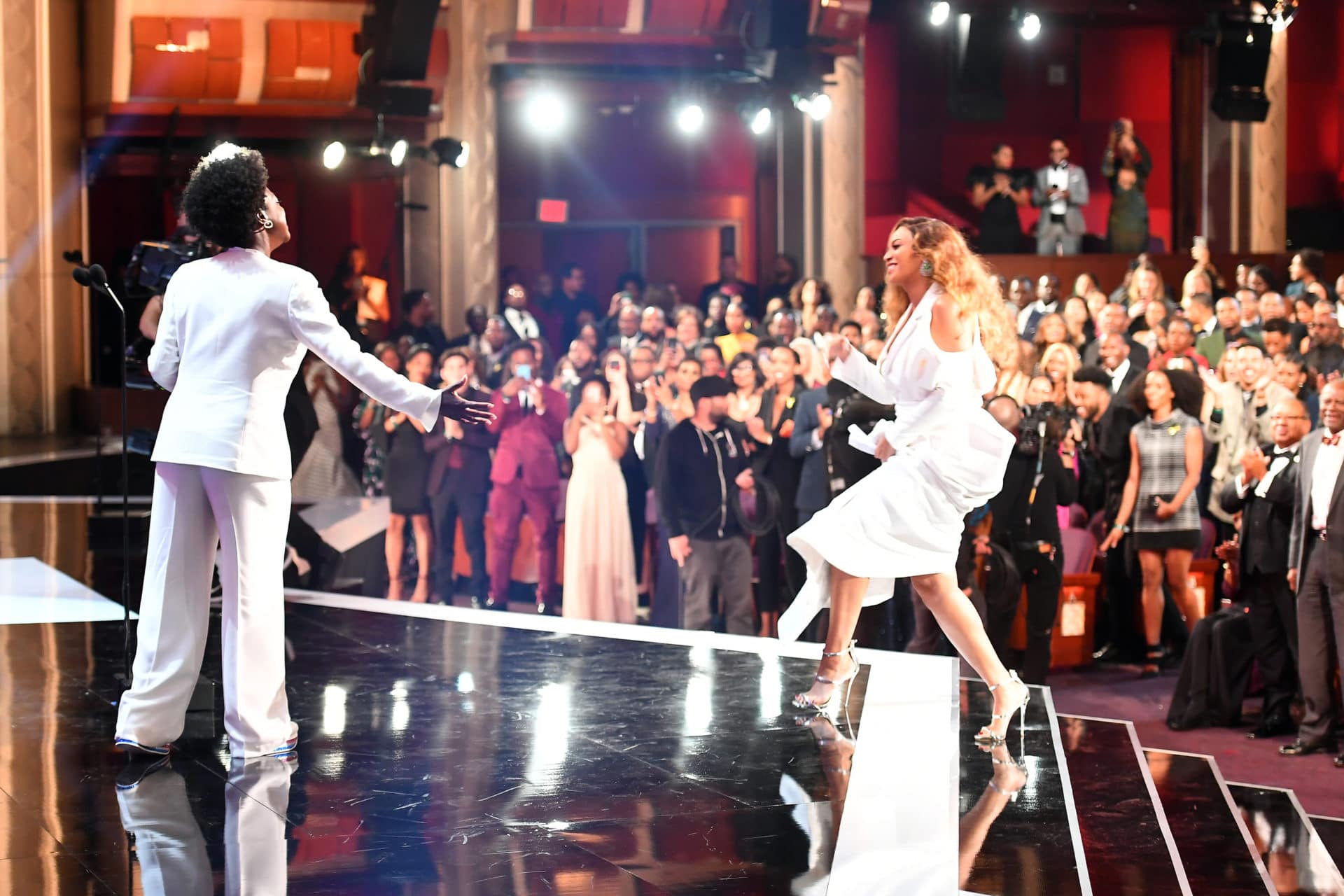 Yet, if we are honest, that moment wasn’t all about Hardwick’s actions. It seemed like as soon as word got out that Bey and Jay were in their seats, everyone rushed to greet them, but especially to take pictures with Bey. And we get it. She’s Beyoncé, the greatest entertainer in the world. A global icon, she’s a Black woman from Houston, Texas whose graciousness is legendary. And she’s at the NAACP Image Awards with her people. At the same time, there’s no telling the mental preparation that goes into facing adoring fans, celebrities included. Video after video showed lines of people waiting for their moment with her. These aren’t the people in the upper balcony; these are her celebrity and industry peers. Could her facial expressions and body language also signal a woman who just wants to sit down and enjoy the show? Everybody loves Beyoncé. Maybe how we love her has become a bit too much.   As someone who will keep meeting Beyoncé Giselle Knowles-Carter on every vision board until it happens, I’m not hating. I can guarantee you that I will be insufferable for a minimum of six months should I ever get the opportunity to speak with her. And even I know how absolutely ridiculous that is. 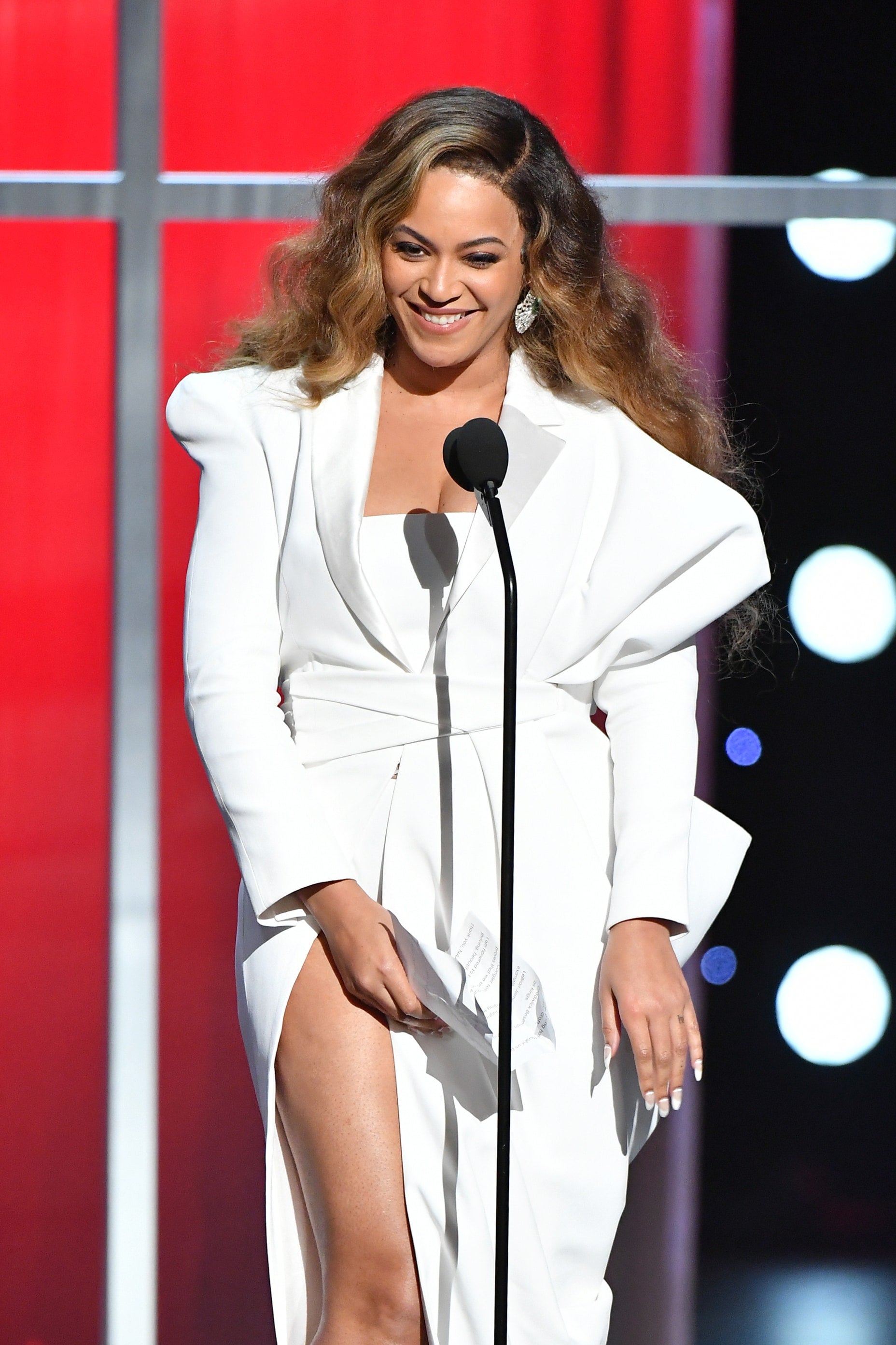 Some would argue that this is the price of fame and since Bey has transcended into a status of other-worldly notoriety, it comes with the territory. That may be true, but we can still do our part. Whether it’s bumble bee emojis in the comments, speculating possible pregnancies because of wardrobe choices, looking for hidden messages in IG posts or crowding her as soon as she walks out of her house, many of us can do so much better.  Though it all comes from a place of love, it seems we never stopped to think just how our love might be suffocating her. And because she loves us just as much, she’ll never tell us if it is. And she shouldn’t have to. Her face in that video should be enough for all of us to give the Queen the breathing room that is hers. Because we love her, we owe her that much.
TOPICS:  Beyonce Omari Hardwick