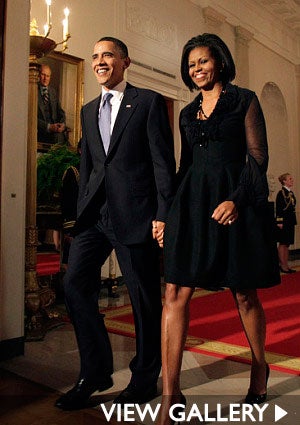 President Barack Obama has been nominated for a lot of things, but this just might be the sweetest of them all. The President and First Lady Michelle Obama are in the running to be America’s “Cutest Couple” for the 2010 Nickelodeon Kid’s Choice Awards. The first couple is against some stiff competition in the category, in the eyes of tweens, anyway. Other nominees include Neytiri (Zoe Saldana) and Jake from the movie “Avatar” and Edward and Bella from “Twilight.” Let’s hope the fact that they’re the only “real” couple in the category will make kids vote in their favor.   Read More: