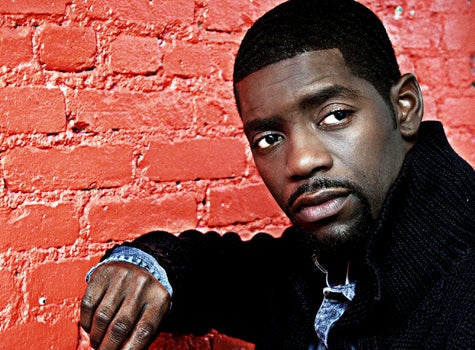 It’s not often that a fairly unknown African American actor gets a chance to star in two buzzworthy Hollywood movies that open a week apart. But actor Nicoye Banks is just that guy. The New Orleans native currently stars in “Brooklyn’s Finest” and this weekend he enters a war zone (literally) opposite Matt Damon in “Green Zone,” a movie about an army unit searching for weapons of mass destruction in the early days of the Iraq war. Banks spoke with ESSENCE.com about why he thinks “Brooklyn’s Finest” is a chick flick, and why you might catch him watching “Green Zone” at a theater near you this weekend. ESSENCE.com: You’re starting off 2010 with a bang. We didn’t know anything about you last year and now two movies in two weeks. NICOYE BANKS: Yes, that’s called being a sleeper. I’ve been quietly buzzing around working on movies like “G” [with Blair Underwood] and “Invincible” [with Mark Wahlberg], but now it’s time to really start knocking on the door. I cannot ask for anything better. ESSENCE.com: We’ve been hearing that “Brooklyn’s Finest” is not a chick flick because there’s a lot of blood and violence. What’s your take? BANKS: [laughs] I think it is a chick flick and it would be beneficial for women to see it because the core motivation of the actions and decisions of the three main characters are based around women. Maybe they’ll cut us some slack after watching it because they’ll see that the pressure of the world men go into everyday is just taxing. ESSENCE.com: We recently discussed the idea that Hollywood seems to glorify Black gangsters. Being a Black actor in Hollywood, do you think that’s true? BANKS: We’re not really glorifying them in so much as we’re admiring and are in awe of the type of drive and power these drug dealers exhibit. And you know it’s not just Black, gangsters in movies, there’s Pablo Escobar, “Scarface,” hello? I think in this movie, with Wesley Snipes’ character you get to see a man who’s come from making mistakes and now shows compassion and humility. ESSENCE.com: What was it like filming “Green Zone” in Iraq? BANKS: At first I was on that whole “women love men in uniform” type of thinking. But now we were talking about filming in a real war zone, so that was out. I play Sergeant Perry, third in command of a special unit that’s out to find weapons of mass destruction. Besides Matt Damon, I was the only actor who had not served in the war–the other 10 actors had been in Iraq at some point. That was serious pressure and it was on-the-job training because I had no time or no space given to learn about military stuff. I didn’t get a script until the second week of filming because the director Paul Greengrass wanted to make it as real as possible. ESSENCE.com: What did you learn about war and people in the military? BANKS: I learned that they’re highly disciplined and their love for country and what they do runs deeper than I imagined. They are the definition of courage, without question. ESSENCE.com: Do you have a ritual for opening weekends? BANKS: It’s all about that Friday and Saturday so I might go to the movies three times in one weekend. I’ll put on a hat and go to the theater to sit amongst regular people just to see their reactions. I also get my closest friends and family to go see it and on Sunday I have the weekend box office numbers come to my phone. Catch Nicoye Banks in “Green Zone” with Matt Damon, opening today. Read More: