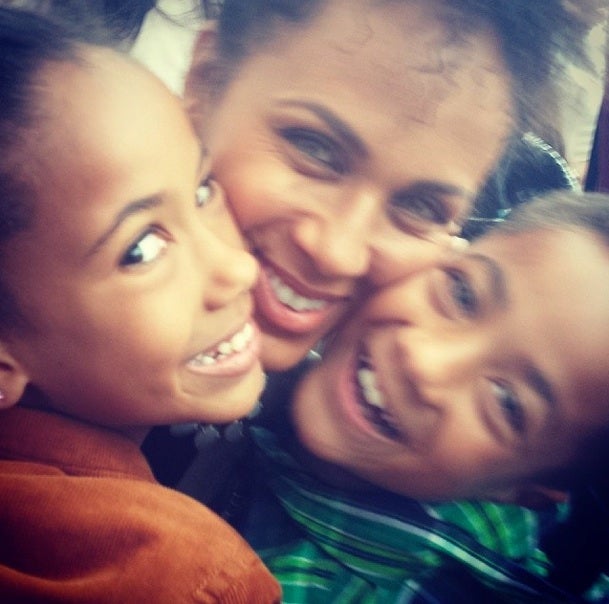 Nicole Ari Parker knows her way around a courtroom. First, she gave us Teri Joseph, Esq. on “Soul Food” and tonight, Parker introduces us to powerhouse attorney, Susan Oppenheim, on the ABC drama, “The Deep End.” And just so you know, Susan does not play. Parker rang ESSENCE.com to talk about her new show, life at home with the kids and of course, her hubby, Boris Kodjoe, who’s doing big things, too.  ESSENCE.com: So, tell us about becoming Susan Oppenheim. NICOLE ARI PARKER: Although I’m playing a lawyer, I really like the idea that I can just be this character. I think it’s so cool that Susan has a White husband, yet nobody mentions it, and she’s just as powerful as he is. Her name is on the door, too. On “Soul Food,” Teri came from a generation of women who had something to prove. Her family had a vibe of, “We must progress,” and she carried that weight on her shoulders. That’s the fire that I put into her. With Susan, I’m not in the situation where I’m fighting for anything. I can just be. But really, I don’t know how I get all of these fancy roles because I’m so bohemian. [laughs]   ESSENCE.com: Let’s talk about her husband, Cliff, played by Billy Zane. He seems like a real piece of work!  PARKER: You hit the nail on the head! I can’t give away too much, but I will say that the season kicks off with him having an affair with a paralegal. ESSENCE.com: Does Susan know? PARKER: Well, she suspects, then she finds out. By episode two, you’ll get to see her response. It’s not just about throwing a shoe at him and telling him to get out. She’s much more clever than that.  ESSENCE.com: Hmmm, we’ll be looking forward to that. So, how’s the family? And how old are the kids? PARKER: Sophie is four and three-quarters and she’s very proud of her three-quarters! [laughs]  Nicholas is three and he’s just a love-bug. Our home life is intense, but everybody’s happy.  We’re still raising awareness about Spina Bifida  [Sophie’s Voice Foundation was named for Sophie, who was diagnosed with the disorder at birth]. If people want to help, they can text “GIVE SVF” to 85944 to donate $10. Hopefully, we’ll raise enough to provide 20 children with the surgery that could restore their bladder function. It’s a slow, difficult process, but it’s coming along. We’re really passionate and excited about the possibilities. ESSENCE.com: Are you still living in Atlanta? PARKER: Yes, but we’ll probably be moving back to Los Angeles. I’m actually in L.A. now while Boris is shooting his pilot [“Undercovers”], which is going to be off-the-chain. He’s finally playing a character that’s perfect for him–an international man-of-mystery who speaks four languages and is painfully good-looking. Who else could play that role?  [laughs] Catch Nicole Ari Parker on “The Deep End,” premiering tonight at 8/7c on ABC.   Next Thursday, we’ll chat up her co-star, Mehcad Brooks.

'Middle Children Are The Most Misunderstood': What It's Real...