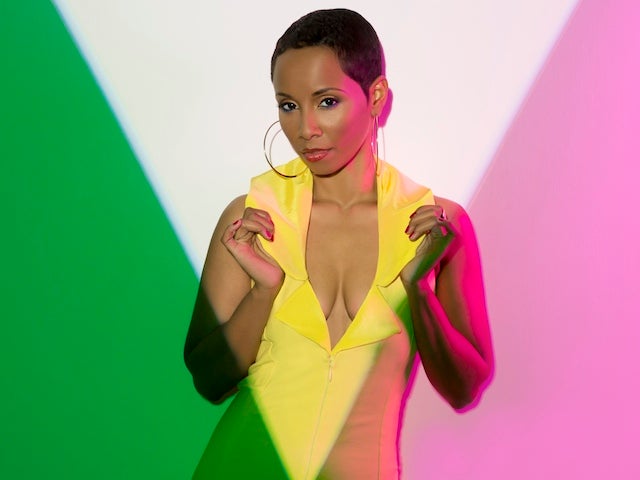 In 2002, singer Vivian Green burst onto the scene at the height of the Philadelphia-born neo-soul movement with her debut LP, “A Love Story,” on Columbia Records. Her lead single “Emotional Rollercoaster” rose up the charts and we all fell in love with her short haircut and raw lyrics. Three years later, the Philly native delivered her sophomore album “Vivian” just before giving birth to her son, Jordan. Today, April 6, the petite songstress is releasing her third album, “Beautiful” on a new record label, E1, and says she’s no longer interested in making “negro-please” anthems like “Gotta Go, Gotta Leave.” Instead, “positive Vivian,” as she calls herself, spoke to ESSENCE.com about breaking up and learning life’s lessons of resilience through faith and raising her often-ill son. ESSENCE.com: Tell us about your new album “Beautiful.” VIVIAN GREEN: Producer Anthony Bell did most of the songs, he and I are very good friends. I’ve always believed in his talent, he’s from Philly too, and I’ve worked with him since my first record. He did “Ain’t Nothing But Love” and “Frustrated” on my “Vivian” album. We had so much fun recording at his house. I love his wife and our sons are friends. It was fun making “Beautiful” in one place, not to mention a lot cheaper. ESSENCE.com: From the first single, “Beautiful” sounds like you’re leaving behind the ‘negro please’ tracks, what happened? GREEN: I’ve been focused on being the best mom I can be to my son Jordan, who’s almost six years old now. I’m just different, before my music was more negative like on “A Love Story.” “Beautiful” is still about a break-up, but it’s not mean. It feels good because I’m happy. I do have songs for the ladies like the reggae-tinged “Save Me” and “Caught Me” but when you hear them, they are more fun, girl talk songs. ESSENCE.com: You’ve said that you’ve grown significantly as a person between the release of “Vivian” and “Beautiful,” what was the catalyst? GREEN: I titled the album “Beautiful” because that’s how I feel about life. My son Jordan has been sick since he was born with an unknown syndrome. He’s small and really looks like he’s four years old. At birth, he was three pounds, had under-developed bones, a cyst on his brain and a dent in his skull. The doctors wanted to do all kinds of surgeries on his head but I wouldn’t let them. I didn’t believe he needed them. He’s just arrived and then someone’s cutting into his brain? No. Then at two years-old, he just stopped eating and had to be fed through a tube for one year. ESSENCE.com: We imagine that took a great deal of strength to endure, were you aware of his issues while you were pregnant? GREEN: The doctors told me all types of things while I was pregnant. ‘We don’t think he has any toes,’ or ‘his whole cardiovascular system hasn’t developed.’ It was horrible and I’d never prayed or trusted in God so much. But now, I know whatever God brings my way, I can handle it. Believe me, it took a lot to get to this place. I remember praying, ‘I trust that if my baby does pass away seven days after his birth like the doctors are telling me, then I’ll get through it if you think I can handle it, God…’ Fortunately, I was finished with promoting “Vivian” when Jordan was born so I didn’t have to spend too much time away from him, but people didn’t know I was dealing with this. It was a really intense time, but now I can look back and laugh because it’s been both a trial and triumph. Jordan’s doing so well now and he’s so smart! I watch him in complete amazement as he reads me books that are above his kindergarten learning level. He just took his first standaradized tests at school and he killed it! ESSENCE.com: Wow, are you raising Jordan alone? We know you were dating the drummer from the “Emotional Rollercoaster” video, is Jordan the product of that relationship? GREEN: Yes, but his father and I haven’t spoken in years. We were broken up by the time Jordan was born and he’s not a part of his life. Five years ago, I would’ve told you everything about that relationship, but now it is what it is. Ours was a destructive relationship and though he never hit me, it was just toxic. He was very unstable and honestly I think he needs help. ESSENCE.com: How’s taking care of Jordan affected your music on “Beautiful?” GREEN: I’m more positive about everything. Before I was so emotional, which is why I wrote songs like “Gotta Go, Gotta Leave” and “Frustrated.” But with everything I’ve been through with my son, I have no other way to be than positive. There is nothing worse than your child being diagnosed with anything, so anything else is a piece of cake. I really like myself now and I’m proud and happy knowing that I was able to get thorugh it by trusting in God. Read more: