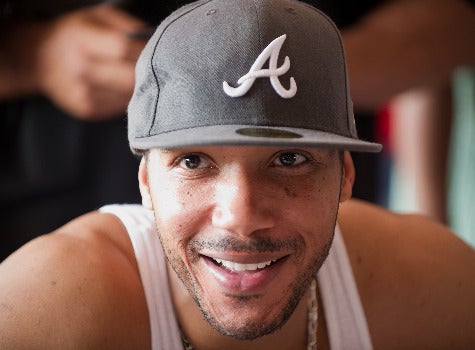 Looking at R&B’s current landscape, it saddens us that “I Still Believe” is Lyfe Jennings’ fourth and final album, but we find some satisfaction in knowing that the singer/songwriter is making sure that he goes out on top. Jennings created an album that will leave his listening audience wanting more, while reminding that R&B doesn’t need to put on a pop facade to be successful. During a performance last year, Jennings announced that “I Still Believe” would be his last album. “I have three children and they’re at an age where they really need me there. I just can’t be on the road seven, eight months of the year. They need me in their life right now,” he told EURweb. While production values aren’t at all comparable to an Usher or Jamie Foxx album, the beats are straightforward, placing all attention on Jennings’ stellar vocals and honest lyrics. For the title track “I Still Believe,” Jennings sings about how some older traditions still need to be honored and respected — things like praying before going to sleep, home schooling, and taking care of grandma shouldn’t be looked at as “old school.” It’s these things listed, he says, that keep our communities close. For his single, “Done Crying,” a 2010 version of R. Kelly’s “When a Woman’s Fed Up,” Jennings explains to men why you cannot revive a relationship after emotionally draining a woman. After teasing us all summer long with hit singles like “Statistics,” Jennings’ album drops today, and it not only makes us “believe,” but also surprises us. Jennings is known for his inspirational and motivating music, but here he reminds us that he can be sexual as well. We’re talking almost Trey Songz-freaky on the tune, “Spotlight,” where he sings “I want to make a movie/straight to DVD/too nasty for TV.” Jennings snaps out of the erotic, and tones it down a bit on the track “Whatever She Wants,” describing how the love he has for a woman grants her permission to whatever he has to give. For the single “It Could Have Been Worse,” Jennings urges everyone to embrace their struggles as their own. The reason: there are people in the world who have struggles that are far worse than ours. For the album’s conclusion, “If Tomorrow Never Comes,” Jennings makes amends with the people in his life, revealing to listeners what he regrets and what he would do differently. With the exception of Anthony Hamilton on the track “Mama,” Jennings lays his singing career to rest on his own. No features, no tricks, no auto-tune, no gimmicks, no competition, no cares. Lyfe’s fourth and final body of work “I Still Believe” gives listeners hope in still believing in unadulterated R&B.