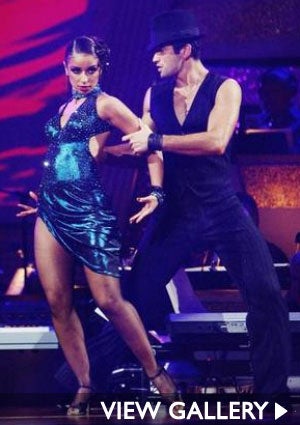 Mya has been holding her own on “Dancing With the Stars,” but the petite dancing machine still believes she has a long way to go and isn’t resting on her fancy footwork. The Baltimore-bred songstress caught up with ESSENCE.com to give us the 411 on her skills and the upcoming fight for her life. Plus, watch Mya performing the Jitterbug.

ESSENCE.COM: Many of us thought last week’s performance was flawless, but two of the judges felt the energy was low. Did you find the Jitterbug challenging?
MYA: I didn’t really have a challenge and I haven’t really looked at the footage. It’s always the stamina and endurance that is always the most painful, especially jumping high in the air and being thrown in the air by Dmitry during rehearsals. I couldn’t do the cartwheel because it was killing my hip so we alternated with an [assisted] back flip which was a lot easier for me. So physically it’s always challenging and I definitely got my weekly massage.

ESSENCE.COM: You revealed that you like to set the mood during your rehearsals to help inspire your character. What did you do this week?
MYA: (Laughs.) I wore some nerdy glasses on the first day of our rehearsal so we could establish my character, who was very young and probably a waitress, while Dmitry also worked at the restaurant as a janitor. As employees we were not supposed to be dancing in the diner.

ESSENCE.COM: How do you prepare mentally before a competition?
MYA: Prior to a competition I really like to be alone and shut down on show days. I just want to focus on the musicality and meditate.

ESSENCE.COM: So next week what fancy footwork can we expect?
MYA: I’m not sure because I’m still learning the choreography, but I believe it will be the Ballroom Fox Trot. It’s a form of dance that I don’t know anything about so I’m really trying to learn and perfect every style of dance to look good. It’s week 7, which is a critical week because we have to do a team dance and collaborate with our competitors. We’ve been broken up into two groups with three celebs each. It’s tough because our main dance scores might be affected at the end of the night if the group doesn’t do well. Right now our team dance will be the Passo Doble or the Tango. Since I did the Tango last week it would be great to do try a new one. Our last performance is the knock-out dance, which they say is the fight for our lives. So I’m getting ready to rumble (laughs).

Tune in to ABC’s “Dancing with the Stars” on Monday and Tuesdays at 8 P.M. ET.