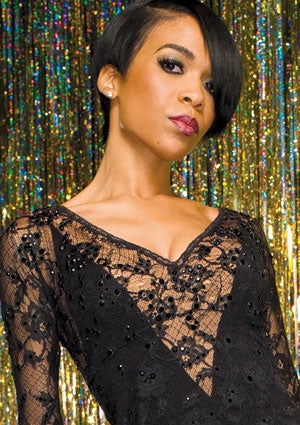 Everything seems to be going Michelle Williams‘ way.  As we reported yesterday, the Grammy-winning singer and actress is heading to Broadway to breathe life into “Chicago’s” resident temptress, Roxie Hart…and she couldn’t be more thrilled.

Last summer, Williams, 29, became the first Black woman to portray the “sassy, witty, on-her-toes” Ms. Hart when she was cast in the play’s London production.  That’s where Broadway producer, Barry Weissler, first spotted her.  “He came to see my performance and made me an offer, during intermission,” she recalls during our exclusive interview.  “Doing the show in London was like a dream come true, but who would pass up the opportunity to have another shot at Broadway?  I was blown away and said, ‘Yes,’ immediately.”

Along with garnering chart-topping success as a member of Destiny’s Child and as a solo artist, Williams – who’s seven-week, Broadway run of Chicago kicks off at the Ambassador Theatre on February 8 – has been busy racking up stage credits, including the title role in Aida, her Broadway debut, as well as a leading role in the national tour of The Color Purple.

So, is she prepared to slip back into that eight-show-a-week, theater grind?  “I’m ready,” she says, confidently.  “I hadn’t performed in Chicago since September, but I got my feet wet again when I was asked to do the show on New Year’s Eve, in Morocco.  As soon as I stepped out on that stage, I realized that I’ve still got it!”