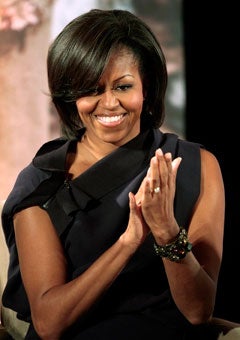 On Friday, the White House announced that Michelle Obama plans to visit South Africa with her daughters this month to focus on youth leadership.

During the June 21-26 trip the three will make stops in Johannesburg, Cape Town, Gaborone, and Botswana where the first lady will speak to children about how to become active in their countries.

“This visit … will underscore that the United States has an important stake in the success of Africa’s many nations and underscore the historic connections between the American people and those who live on the African continent,” the White House said in a statement.

This will be the second solo trip abroad for the first lady. In addition to daughters Malia and Sasha coming along her mother, Marian Robinson, will join them as well.