Peter Still/Redferns
By Paula Rogo · Updated October 23, 2020
Michael Jackson’s Neverland Ranch is back on the market — but at a significant drop in price! The late King of Pop’s estate put the space, now known as Sycamore Valley Ranch, back on the market days before HBO’s Leaving Neverland documentary debuts on Sunday. “The 2,689-acre Santa Ynez estate, which once had an amusement park and zoo among its attractions, is on sale at $31 million, a steep drop from its original listing price of $100 million when it first went on the market in 2015 and down still from the $67 million asking price as of 2017,” Deadline reports. Jackson purchased it for $19.5 million in 1987. Within the complex, there is the six-bedroom main house, a tennis court, a train depot, and three guesthouses. The amusement park and zoo that were an infamous part of the ranch are no longer there. 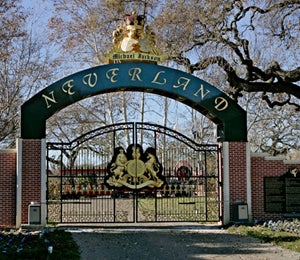 Neverland Ranch is also a location in which Jackson is alleged to have molested and sexually abused young boys, according to the Leaving Neverland documentary. The four-hour film follows two men — James Safechuck, 40, and Wade Robson, 36 — who allege they were sexually abused by Jackson as boys. HBO will broadcast the film in two parts on Sunday and Monday despite a $100-million US lawsuit filed by the Jackson estate to prevent it from airing. 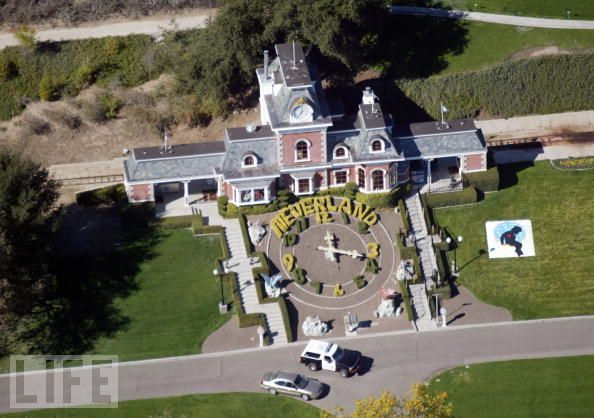 A shot of the Neverland Ranch, Michael’s home for many years.

The latest on Michael Jackson’s death »

During an interview with CBS’ Gayle King last week, members of the Jackson family stated that they had not seen the film and had no intention of seeing it. “No I don’t,” Jackie Jackson, Michael’s older brother, told when asked if he planned on watching the doc. “I know my brother, he’s my little brother. I know my brother. He’s not like that,” he continued.