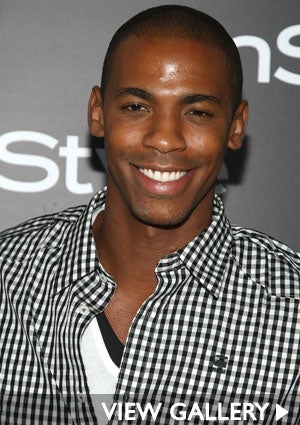 Last Thursday, we caught a glimpse of Malcolm Bennet, Esq. on the new legal drama, “The Deep End,” and today, we got a chance to speak with the man behind the character.    With a string of television and film successes to his credit (think “True Blood,” “The Game,” “Glory Road” and the upcoming feature, “Just Wright” with Queen Latifah and Common), Mehcad Brooks is happily enjoying the ride. He rang ESSENCE.com from behind the wheel of his whip–via his integrated Bluetooth, of course!–to fill us in on his new role, his outlook on his career and what he sees for the future. ESSENCE.com: Let’s talk about Malcolm Bennet.  How would you describe him? MEHCAD BROOKS: He’s a loveable, charming douche bag. [laughs] A lot of people come to him for advice because he’s very smart and dynamic, but he’s also unapologetically himself. He doesn’t sugarcoat the pill nor does he have time to be concerned with other people’s feelings.  He’s kind of like a young Barack Obama meets Jeremy Piven [as super agent, Ari Gold] on “Entourage.” ESSENCE.com: Wow, that’s a lot.  Is he a difficult character to play? BROOKS: I decided to play him that way!  [laughs] The writing is good, so it was just about adding a little sugar or spice, here or there–like salting the recipe a little bit. Malcolm’s got a dry wit. He takes pleasure in the misfortune of others, but not to the extent that he’s not likeable. Actually, you might find yourself laughing at the same things he’s laughing at. ESSENCE.com: You’ve been on quite a roll lately. How do you maintain your balance? BROOKS: Having an acting career is like going through a metamorphosis. When you come to town, you don’t have any money and your balancing act is, “Where does your rent money come from?”  Once you start working, your balancing act is about getting more work, then it becomes, “What kind of work do you want to do?” and “How do you want to steer your career?” There are always new issues that crop up and new things to micromanage. Now, I’m at a new level, so I’m trying to relearn the game at the level at which I’m playing. It’s fun to do. ESSENCE.com: How do you see your future unfolding? BROOKS: I came out to L.A. [from Austin, Texas] 10 years ago with about $300 in my pocket and a lot of support from my family. I’ve been blessed enough and fortune enough to turn that into a career. At the end of the day, if I get to continue doing what I’m doing, I’m happy. Read More: