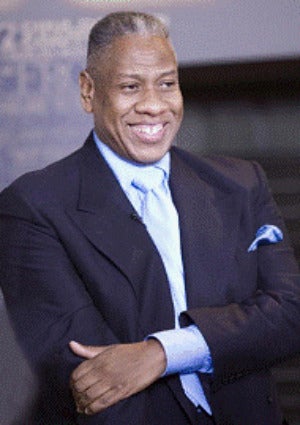 Andre Leon Talley has caught the “America’s Next Top Model” bug, finally! According to People.com, the fashion patriarch will join the show’s judging panel this spring.
It’s been reported that Banks first approached him about being a part of the show when it launched in the spring of 2003. He initially passed on the idea, but clearly, her persistence has paid off as he’s signed on for three cycles of the show, beginning with cycle 14. Talley will join Banks and photographer Nigel Barker as well as a rotating roster of celebrity judges including fashion designer Rachel Roy, supermodel Pat Cleveland and actress and newly-minted CoverGirl spokesperson, Dania Ramirez, among others. “America’s Next Top Model’s” 90-minute premiere will air on March 10 on the CW Network. Read more: