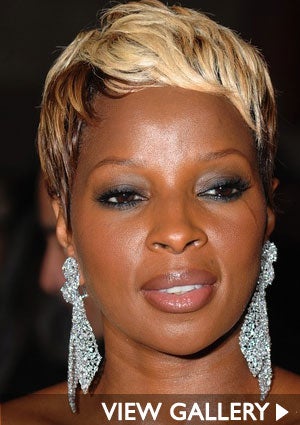 In America, tens of thousands of young, vulnerable girls are being sold for sex, lured and into prostitution and then terrorized by the pimps who prey on them. Now, the reigning queen of surviving pain, Mary J. Blige, has joined forces for renowned singer-song writer Sinead O’Conner to help bring awareness to the issue. The powerful duo has recording a remake of O’Connor’s 1996 song, ‘This is To Mother You,’ which was released yesterday, The International Day to Abolish Slavery.

“When I read the lyrics to ‘This is to Mother You’ I really fell in love with the song,” says Blige, who, like most Americans, was unaware of the prevalence of child sex trafficking in this country until her introduction to GEMS. “It describes how I feel about my work and how so many fans view me–as a mentor and a mother figure. It has always been my dream to be able to encourage women and let them know that if I can make it they can make it too, despite any physical and emotional abuses they may endure.”

One hundred percent of the song’s proceeds go to support GEMS, Girls Educational and Mentoring Services, a Harlem-based agency that provides counseling and support to young victims of sex trafficking, many of whom are African American. (READ ONE GIRL’S HEARTBREAKING STORY HERE.) Beyonce Knowles and Halle Berry have also lent their support to the organization, which has helped hundreds of young girls leave their pimps and start new lives.

For more information, or to purchase the song, visit http://www.gems-girls.org/music/this-is-to-mother-you