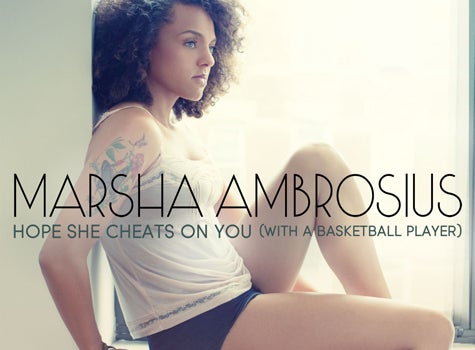 Former Floetry songstress Marsha Ambrosius is letting karma take its course with a new song titled “I Hope She Cheats on You (With a Basketball Player).” Check out what this British soul singer has to say to every woman who’s ever been wronged and just didn’t feel like saying, “I wish you well.” The track is the first song off “Late Nights & Early Morning,” Ambrosius’ debut solo album to be released by J Records this fall.