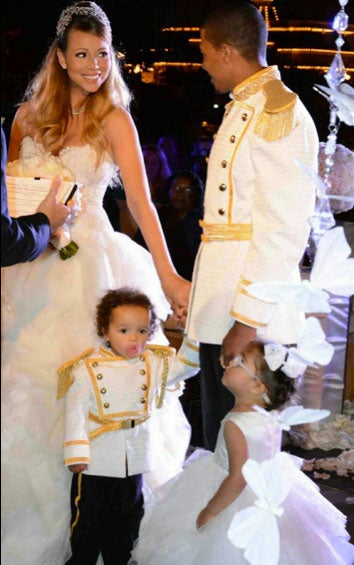 Mariah Carey and hubby Nick Cannon joke with the crowd at her “Merry Christmas II You” listening party at Lincoln Center in New York City. The album is a remix of holiday faves — one song even features Mariah’s mom singing backup. ‘Tis the season!