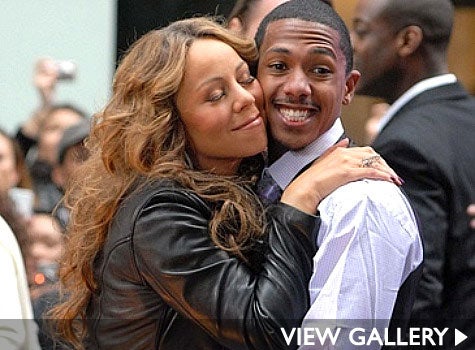 Mariah Carey and Nick Cannon are always doing it big. So, when Cannon revealed that he and his wife would be renewing their vows again in a more traditional style ceremony at home, we scratched our heads a little bit and said “whatever floats these lovebirds’ boat.” For the couple’s first wedding anniversary, Mariah and Nick had a lavish affair, Vegas-style, with a few hundred of their closest friends. It seems that on their second wedding anniversary, Carey and Cannon have settled into married life. Still, they promised each other that they would walk down the aisle every year and renew their vows, and today, that’s just what they’ll do. “If you were married to Mariah Carey, you’d want to marry her every year, too!” Cannon recently joked with USMagazine. It’s clear that after two years, this pair’s flame is burning brighter than ever. On their second anniversary, we celebrate Mariah and Nick’s love with them. More Nick and Mariah: