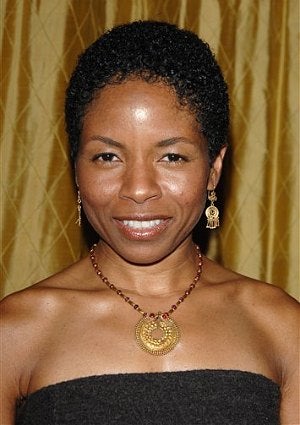 Actress Lisa Gay Hamilton is a woman of a certain age, and proud of it. In a television landscape oversaturated with shows about twentysomethings, TNT”s “Men Of a Certain Age” stands alone. Created by “Everybody Loves Raymond” actor Ray Romano, the dramedy features Hamilton and actor Andre Braugher as a couple trying to make sense of life in their late 40s. Hamilton spoke with ESSENCE.com about reuniting with her college friend Andre Braugher and playing an “ordinary Black couple” on the show.   ESSENCE.com: We haven’t seen you in a long-standing role since “The Practice.” What attracted you to “Men of a Certain Age”? LISA GAY HAMILTON: It was work, and it was a job opposite Andre Braugher and Ray Romano, and that sounded like a hit to me. I actually laughed out loud when I read the script. I thought it was very funny and very special, and it hasn’t disappointed me yet. ESSENCE.com: On the show you play a woman of a certain age. What is your character Melissa like? HAMILTON: Melissa and Lisa Gay are quite similar. She is a very well-educated woman, a mother and a wife. She is married to her college sweetheart and they’ve been able to maintain a loving, humorous relationship through the years. You see they are a beautiful, thriving family. ESSENCE.com: Gotta say, it’s refreshing to see an older Black couple portrayed so positively on television. HAMILTON: There’s no role that I take that I don’t think, ‘What does this portray to about our community?’ I’m very grateful to be on this show especially as a Black woman who looks the way I do. I wear my hair naturally — sometimes I have twists and others I wear a head band — and I don’t have to have a certain look, and I love that. [The producers] really allow Andre Braugher and me to be ordinary Black people and I think that is important. ESSENCE.com: What’s it like working with Andre Braugher again? HAMILTON: I always tell people I’m the luckiest woman on earth because I have a brilliant husband on TV and a brilliant husband in real life, both are wonderful. Working with Andre is a dream. It’s like drinking water; it’s good for you. We went to Julliard together. ESSENCE.com: What else can we look forward to from you? HAMILTON: I’ve just started teaching second-year acting at CalArts and it’s a wonderful addition to my life. It feels right, and it’s what I really know I’m meant to be doing. I’m also going to be in a new movie called “Beastly” and another independent film called “Shelter.” I have to say, as a woman of a certain age, and a woman of color, it gets harder so I’m enjoying my role as a mother, and a teacher and a wife. The show has brought such joy yo all of our lives. Catch Lisa Gay Hamilton on the second season of “Men of a Certain Age” premiering tonight at 10pm on TNT.