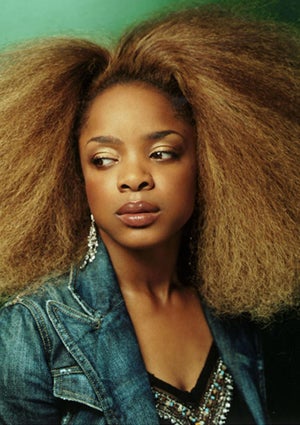 Leela James is a part of a select group of singers that still have soul, so it makes perfect sense that James would title her third album “My Soul.” With big hair and an even bigger voice, reminiscent of soul legends such as Aretha and Gladys, she does not attempt to be like many of today’s superstars, but instead holds on to a time when the world was filled with quality Black music. Like her previous work, the album proves that even though she is one of the most underrated sisters in the game; James refuses to be ignored. The variety of soulful music offered paints a clear portrait of someone who, after five years of churning out music, has come into their own. The album opens with the powerful track, “Ain’t New to This,” in which James exudes a confidence that will make skeptics into believers. She puts the funk on the bridge, and her raspy vocals leave you wondering if it is possible for her to top the opener. She does. “Tell Me You Love Me,” the first single off the album, finds James co-writing with Andrea Martin and Gordon Williams. Producer Gerrard Baker loops in a Manhattans sample of the popular ballad “Then You Can Tell Me Goodbye.” On the track, James fiercely confirms that from time to time a woman needs to hear the words “I love you.” James is untouchable on the track “So Cold,” singing about the swagger of her lover over breezy beats, and like the Midwestern commonly used jargon, the song is in fact so cold. “Supa Love” drifts more in the silky soul direction and is as easy as Sunday morning. Her vocals sweeten and soothe, matching the effortlessly smooth production, as James sings about the joy of finding love. With a raw yearning she affirms, “I want you/ I need you/ My super lover… Like no other/no matter where you are/my super lover.” Inspired by the light-hearted hopeful sound of Motown, James creates the tune “Party All Night” that feels like Marvin Gaye’s “Gotta to Give It Up,” 33 years earlier. “Let It Roll” sounds like the soul created in a Southern Baptist church. With the shake of a tambourine faintly heard in the background, James urges listeners not to sweat the small stuff. James closes the album with the groovy but raw, “It’s Over,” an assured declaration of letting go of relationship that has reached its final days. Leela James put heart into this album, and overdosed on soul. She doesn’t rely on gimmicks, tricks, or machines, but single-handedly creates a legitimate soul album in a time when authenticity goes against the status quo. As dominant as James’ vocals are, paired with real passionate production, it would be a disservice not to experience what James is extending to her listeners. “My Soul” is in stores and is available for download today.