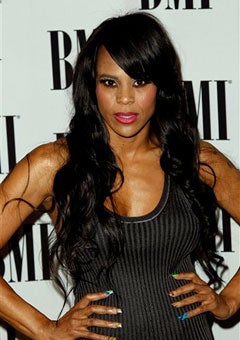 Say what you will about famed choreographer Laurieann Gibson, what with her death-defying dance moves, in-your-face personality and A-list clientele: homegirl knows how to stay in the spotlight.

Dropping it like its hot since she was a “fly girl” on “In Living Color,” over the past two decades Gibson’s dance hustle may have only been surpassed by that other notable fly girl, J. Lo.

Now, after years of shuffling in the shadows of prominent male producers like Diddy (“Making the Band”) and Mark Burnett (“Starmaker), the Canadian transplant is finally Boss Lady In Charge, starring in her own E! Television reality show “The Dance Scene,” where she whips aspiring dancers and choreographers — aka “Team Boomkack” — into shape. The eight-part series is produced by entertainment industry juggernaut Ryan Seacrest.

“There’s no fakeness, no trophies, no fluffed-up interpretations of what it takes to make it in this industry,” promises Gibson, best known for choreograping videos for Lady Gaga, Alicia Keys and Keri Hilson. “On this show you’ll find out I’m not that crazy drill sergeant I’ve been made out to be. I’m actually the coach you want in your corner.” And when the series ends on May 26, Gibson is on to the next one, starring in yet another reality show competition on BET, debuting in June. And that wasn’t enough to keep her Blackberry buzzing she was also recently named creative director for the Interscope Music Group.

Gibson says the secret to juggling it all is to stay in good shape. “I dance but I also work out,” she confides. “I run, do strength training… you name it. I’ve got to! I’m an emotional eater,” she complains. “If something’s worth celebrating, we’re going to grab pizza. If it’s going bad, girl, pass me the chocolate. Gotta keep it in check!”