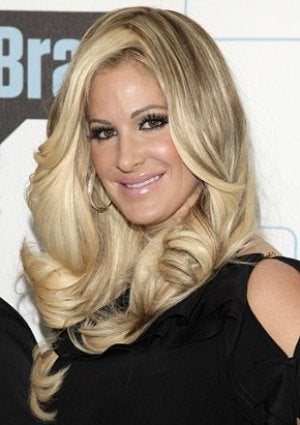 It’s official, Kim and Kroy are expecting. The “Real Housewives of Atlanta” star and her footballer boyfriend, Kroy Biermann, are pregnant with their first child together. The couple confirmed through an exclusive interview in the latest issue of Life & Style magazine. “I was surprised! While it wasn’t planned, God clearly has a bigger and better plan for us and we’re excited,” says Zociak, 32, who met Biermann, 25, at a charity event, which aired on last week’s episode of “RHoA.” Biermann plays for the Atlanta Falcons. News of Kim’s pregnancy was already buzzing on the blogosphere after an ex spread the word. “I was appalled and disgusted by that,” she says. “I wasn’t through my first trimester — you never know what could happen.” We can’t decide whose baby will be more blinged-out, Kim’s or Mariah Carey’s. Congratulations to the couple.