Kevin Hart and his wife Eniko Parrish are sticking together.

A source tells PEOPLE that Parrish, who is pregnant with the couple’s first child together, “is fully cooperating with the law enforcement investigation” in regard to her husband’s alleged extortion scandal.

“She is standing by Kevin’s side,” the source says. “They are dealing with this together.”

The cheating allegations have taken a toll on Parrish, a second source told PEOPLE earlier this week.

“She has been hounded by the press, and is very upset,” the source said. “She is trying to stay healthy and enjoy her pregnancy, but the latest drama is too much.”

The FBI is reportedly investigating an alleged extortion attempt against Hart that includes a “sexually provocative” video of the comedian — and they already have a suspect. FBI agents believe they know the identity of a person who allegedly demanded money to not leak the video, which features a man that may or may not be Hart getting cozy with a woman at a club and then in a bedroom, according to TMZ. 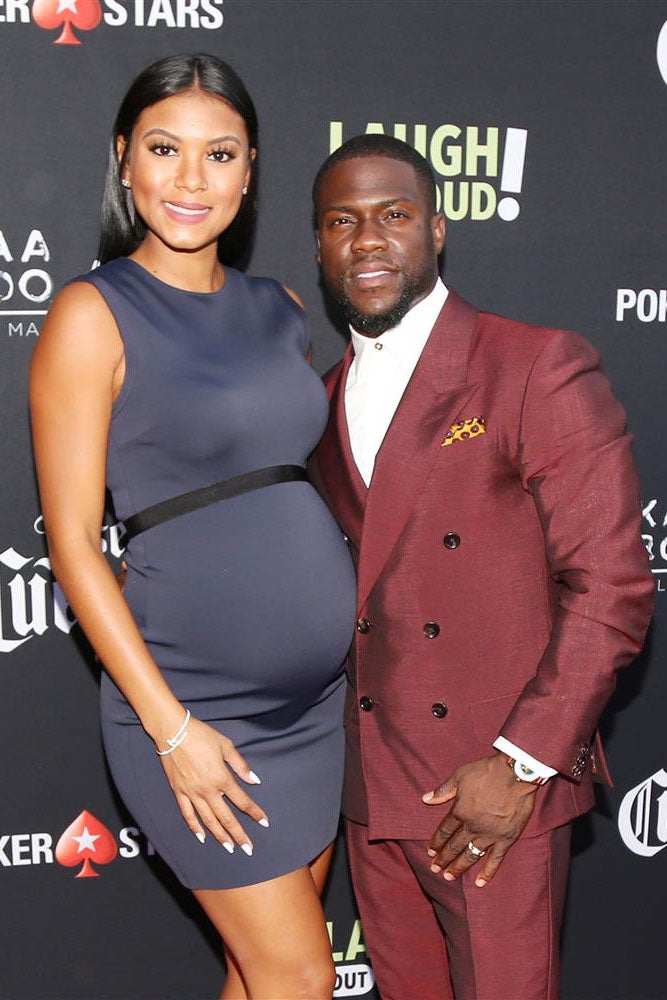 Eniko shows of her beautiful baby bump as she poses for a pic with her hubby at his Laugh Out Loud event in Los Angeles, California.

Parrish returned to Atlanta this week to be by the comedian’s side while he continues to shoot his latest film. But, while the couple has stayed together, the source said Parrish feels “let down” by Hart.

Despite the setback, she continues to stand by her husband.

“She is adamant about working through it,” the source added. “She won’t give up on their marriage.”

On Wednesday, the woman at the center of the sex-extortion video scandal came forward at a press conference Wednesday, saying, “I am not an extortionist. I had nothing to do with these recordings.”

Attorney Lisa Bloom said model and actress Montia Sabbag was the victim of multiple felonies after being secretly taped in Hart’s Las Vegas hotel room “about a month ago.”