By Joi-Marie McKenzie · Updated December 6, 2020
Kandi Burruss is busy. On a Tuesday afternoon, the reality star just wrapped filming scenes for The Real Housewives of Atlanta, which returns next month. She’s also set to open two new locations for her restaurant — Old Lady Gang — and is currently developing a makeup line. If that’s not enough, the mother of two along with her husband, Todd Tucker, is trying to have another baby. But Buruss admitted to ESSENCE that the road hasn’t been easy. “We’re definitely trying to figure out ways to grow our family,” she revealed. “I know a lot of people thought that meant that I was pregnant. But I’m not pregnant. Let’s be clear. I saw that floating around the internet.” “Unfortunately, it’s not happening,” the 42-year-old songwriter said of conceiving a baby, adding that fans will see her struggle with fertility on the upcoming season of Real Housewives. “So obviously we’re just going to be talking about what that means for our family.” While Burruss has watched other cast mates, such as Porsha Williams and former peach holder Kenya Moore get pregnant, the singer said she’s just “being patient.” “You know how we all just think it’s easy? You’re going to get pregnant whenever you feel like it?” she asked rhetorically, laughing. “For years and years, I was on birth control [and I] didn’t even know that I didn’t need it any more.”

First field trip for @acewellstucker & @todd167 @kpt__ & I decided to tag along! @rileyburruss was at school. #bjreeceappleorchard

Burruss said she’s learned a lot about herself during this process. She even shared some coping cheat codes in hopes of helping other women who may be dealing with fertility issues or delays. “It’s about being patient and knowing what’s for you is for you, and pray about it, and look at all your options and whatever you can try to make happen, make it happen if you can,” she advised. Still, the Georgia native added one important reminder: “Don’t feel like you’re any less of a woman.” 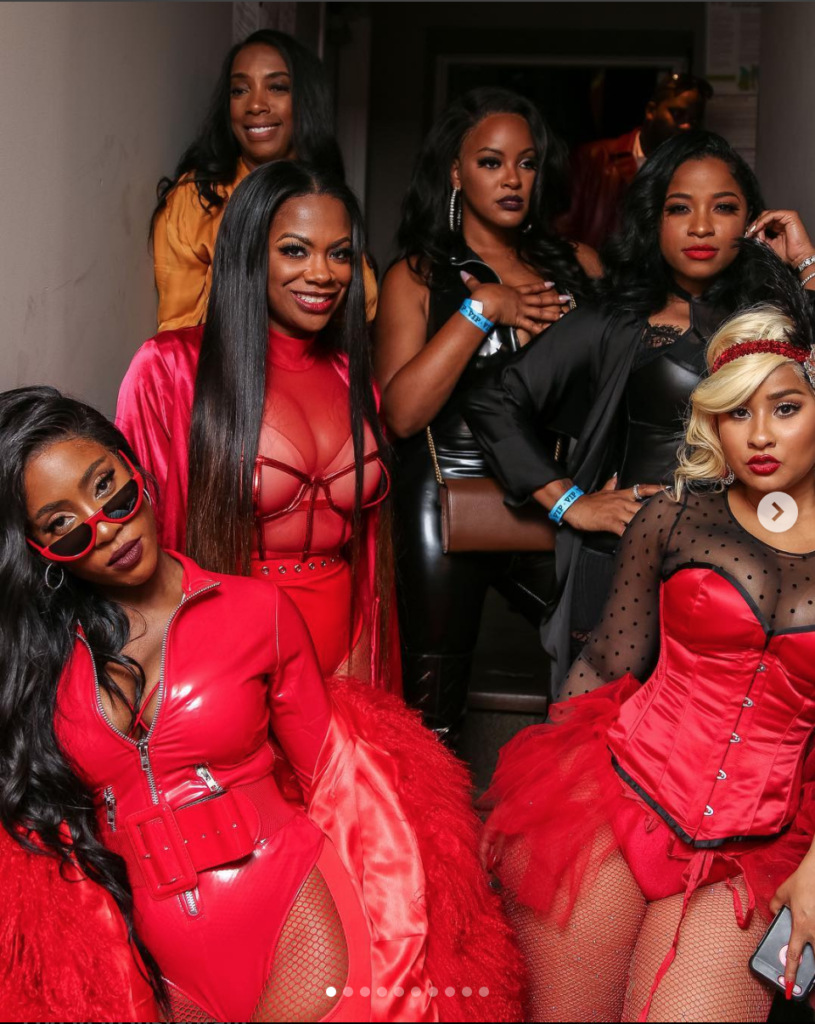 Along with discovering how Burruss plans to expand her family, fans will also get a taste of some new solo music. Although the singer and songwriter is currently on tour with her group, Xscape, as its former label So So Def celebrates 25 years, Burruss also made time to hop back in the studio. She released a steamy new single, “Ready For This,” last week in which the music video takes her fans into a sexy dungeon. If that scenario sounds familiar, RHOA fans may remember it from a rumor started by former co-star, Phaedra Parks, who claimed Burruss tried to drug Williams and take her into a sex dungeon. Oh, ladies. Burruss admitted that the rumors — and its subsequent fall out — was hard to get over. In fact, she still hasn’t spoken to Parks. “Naw, me and her ain’t talk. We ain’t gonna talk,” she told ESSENCE about a possible reconciliation. “Realistically, I don’t feel like she ever apologized to me.” Burruss added, “She never showed any remorse for anything that happened. I know we had our little drama, but I never thought it was bad enough for her to [concoct] a story about me and drugs.” The songwriter decided to change the narrative with her latest music video, even throwing a concert titled “Welcome To The Dungeon” last Friday, inviting her celebrity friends to perform and dress up in sexy lingerie. Sevyn Streeter, Marlo Hampton, and Cynthia Bailey all showed up to party. “I’m in a better place with my castmates — including Porsha, we’re in a much better place now — but I always vent creatively. So I decided I wanted to turn a negative into a positive,” she said of the music video’s inspiration. Fans are already loving Burruss’ sexy new sound as “Ready For This” debuted in the Top 10 on iTunes. The songwriter who penned “No Scrubs” said fans should expect more music in 2019 as she’s set to release an EP “at the top of the year.” “That’s what I love to do,” she said. “I love recording. I love writing and being creative.”