By Paula Rogo · Updated December 6, 2020
Dozens of employees at Northwestern Hospital have been terminated for allegedly accessing Jussie Smollett’s medical records. Smollett was taken to the Chicago medical facility following his alleged attack by two men back in January. The Empire actor, who is currently out on bail, has since been charged with disorderly conduct and filing a false report, a felony. Smollett’s legal team, however, told ESSENCE in a statement that they will “mount an aggressive defense.” The hospital employees are alleged to have gained access to Smollett’s medical chart after Chicago police and prosecutors claimed the actor staged his January 29 attack, CBS2 Chicago reports. One of the nurses who was fired is calling the incident a misunderstanding and claims that she simply glanced at the records while looking for another patient’s information. 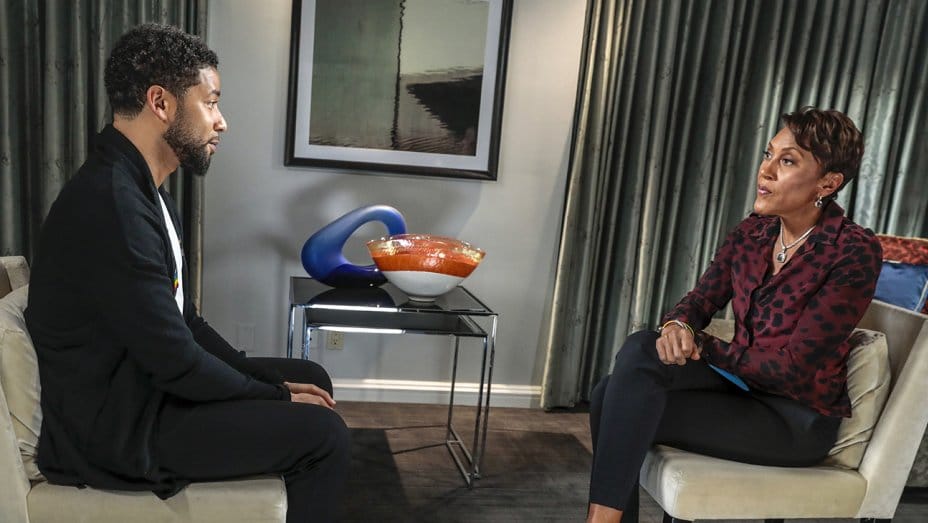 She is now appealing the termination and says many other hospital workers may have been let go for the same reason. During an interview with Good Morning America last month, Smollett pushed back against critics who have accused him of lying about the assault. “I’m pissed off. It’s like, you know, at first, it was a thing of, like, ‘Listen, if I tell the truth then that’s it,’ ’cause it’s the truth,” Smollett told GMA. “Then it became a thing of like, ‘Oh, how can you doubt that? Like, how do you — how do you not believe that? It’s the truth.’”
TOPICS:  Jussie Smollett