Taking the time out to celebrate pivotal movements in African-American history that laid the foundation for all that we’ve achieved is a must and The Great Migration Project is doing just that.

To commemorate the 100th anniversary of the start of the mass migration of African-Americans from the south to the north, west and midwest, Scribe Video Center founder Louis Massiah put together The Great Migration Project as a collaborative exhibition of extraordinary artifacts, short films, photographs and art displays examining several aspects of what The Great Migration was like for those who lived it. ESSENCE caught up with talented filmmakers Julie Dash and Tina Morton, both of whom have film shorts included in The Great Migration Project, to find out more about their visuals. 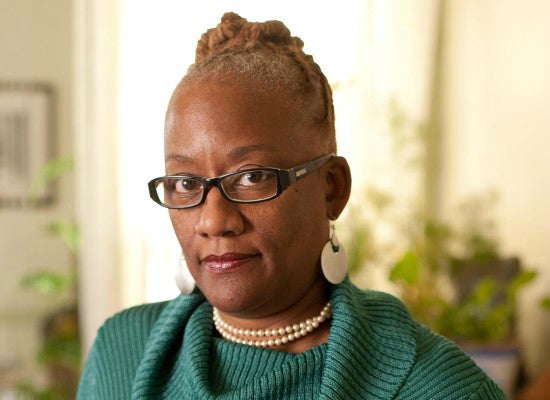 According to Tina, producer Louis Massiah used a completely organic method to jumpstart the research process for each individual short film. “How he set it up is, he had different artists get involved with different Black institutions in Philadelphia that were instrumental in helping migrants when they got here. So, the place that I was assigned was The Philadelphia Tribune, which is the oldest continuously circulating Black newspaper in the nation. So, when folks would come here, the Tribune would show them where people could have housing, safe places for women to go and just different institutions like that that they kept them in contact with,” she tells ESSENCE.

For Julie, her involvement with the project seemed a natural next step, given that The Great Migration was one of the underlying themes in her critically acclaimed 1991 indie favorite Daughters of the Dust. “The whole Great Migration, I’ve been working with that for many years. That was one of the main themes in Daughters of the Dust,” Julie says. “My family is also from the lower country of South Carolina and they migrated north during the great migration. So, I definitely wanted to be involved with it. It was exciting.” 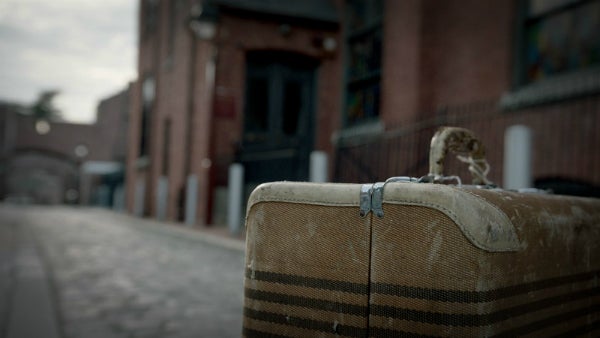 
Julie’s film, Standing at the Scratch Line, highlights the role of the Black church in the journeys of travelers during the great migration, while the title itself serves as a metaphor of the film’s message. “Remember back in the day when people would draw a line in a sand before beginning a race? That’s what the scratch line represents,” she says. “They were waiting to migrate and make that decision whether they were going to change their life and the lives of their families. Imagine just packing up your family and children and not knowing, really, what you’re going towards. It was a one-way trip for most people. They put all their money together to make this trip and it’s not like they could go back because there was nothing to go back to. And they were going towards…hope. That’s all they had. There were not jobs waiting for them, most of the time.”

Rather than chronicle the travels of actual people through the use of actors, Julie and her crew developed the creative idea to tell the story through the “eyes” of a suitcase. “We follow, a traveler, lets say. We follow the [traveler] from the low country as he prepares to migrate from the Emmanuel Church to Mother Bethel in Philadelphia. Since [the film] was so low budget and I only had about 2 or 3 days to shoot it, I decided to follow the movement of a suitcase. So, the suitcase is symbolic of a traveler and we follow it all the way to the big city, where we get a look at the path of the slaves and some of the things that were happening at that time.” Describing the important role of the Black church relative to The Great Migration time period and her film, Julie says churches were vital to the shelter and survival of the travelers.

“I think the church has always played an important part in the social and cultural history of African-Americans,” she said. “Even during the period of enslavement, it was place of solace, comfort, escape and hope for the future. During migration, it was very difficult for people to travel from south to north, or from south to west. They went from church to church where you could find refuge because at that time, the country was not a friendly environment at all for people of color. So, the church has always been there.”

For Tina, gathering the necessary information to bring her visual, When We Came Up Here, to life involved having many introspective conversations with people who lived through The Great Migration and translating their experiences on screen. “What I did was find people to interview because my focus was finding people who were a part of the migration and finding people who, when they came here, the Tribune was important to their arrival. So, the way I found folks was to just asked elders in the community: Where did you come from?’ ‘When you arrived in Philadelphia, was the Tribune part of your journey?’ And through those two questions, I found a lot of people who loved to share their stories.”

Tina’s research also led her to learn more about a Philadelphia establishment known as The Association for the Protection of Colored Women. The organization, founded in 1905, was a safe haven for women and their children who were migrating to freedom. While speaking to one woman in particular, Tina says she was amazed at how vividly the woman remembered some of the events that took place despite the fact that she was just -years old at the time of her family’s journey. The woman’s memory of the time period was connected to her grandfather’s brutal beating at the hands of a mob for his role as an advocate for voting rights of Black people. “One of the women who I interviewed — I thought it was amazing that she knew the exact date. When I asked her how she remembered the exact date, she said: “Because my grandfather was beat up by a mob and we had to flee up here.” He was beaten one day and they fled the next day. And he was beaten because he was an advocate for voting. I thought, ‘wow, that’s like today.’ And then I read another article where they said a man hung himself in jail and committed suicide, but his family said that wasn’t what happened. I know we’ve made progress but, we’re still facing some of the same issues [today].”

In speaking with many of her subjects while researching for the film, Tina says a common thread between each of them was the vital role their family members played in their journeys to freedom. She says the family connection within the Black community is something we should all remember today when searching for ways to move forward and remain steadfast in the fight for social justice. “I think one of the important things we need to utilize is the family connection. Most of these people came through a family member and you know, the family member set them up in their house for a while until they got a job. And not only the connection of family, but the community. I asked one woman I interviewed, ‘how did the Tribune find you?’ She couldn’t remember for sure because she was only 9 years old at the time but, she said, “I really think it was the porter at 30th Street Station.” She said he saw how disheveled they were when they arrived. She said, “we were fleeing for our lives and I think he must have told someone at the Tribune.”

Julie’s film Daughters of the Dust is set to be re-released in theaters this fall, just five months after Beyonce paid homage to the film in her visual album Lemonade. Julie says seeing the film inspire such a bold project was quite the experience. “I was so pleased, not just by the portion that was a homage to Daughters of the Dust, but by whole Lemonade journey. The extension, the boldness of it..it was political, it was an extraordinary visual…it was an event! And it was a new way of speaking to everyone. Through song, through visual, through dance, through movement, through costume…it was extraordinary.  I just loved it. I wanted my braids like that, I wanted anything Formation [laughs]. It was all so tough and just spoke to so many different levels of the diaspora experience. “

The Great Migration Project is set to premiere on August 6 at the Fifth Annual Blackstar Film Festival in Philadelphia.