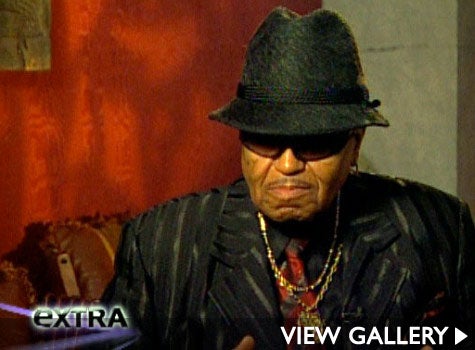 Joe Jackson says his son Michael is making a bigger impact than ever since his June 25 death from an apparent drug overdose. “He’s worth more dead than when he was alive,” Joe, 80, tells the TV show that airs tonight. “I’d rather have him alive.” As Michael’s movie “This Is It” rakes in unprecedented amounts of dough in the box office ($2.2 million alone opening night), Joe adds, “When he was living, they didn’t show this.” Click here for more on this story and tune in to “Extra” tonight (check your local listings).
Loading the player...