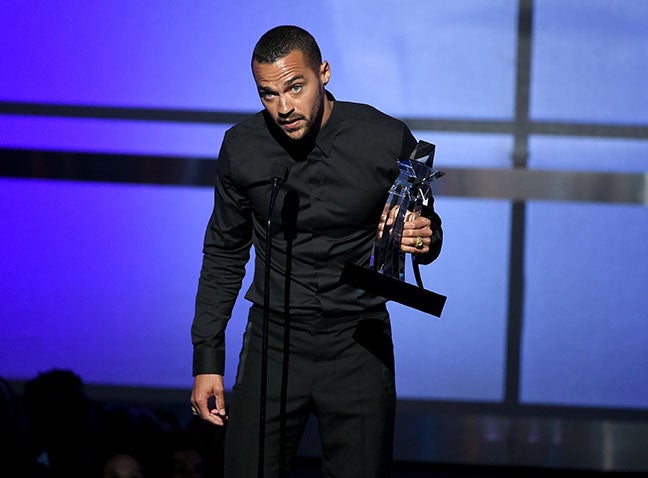 We nearly swooned in our seats when we heard Jesse Williams, the hottie from “Sisterhood of the Traveling Pants” was added to “Grey’s Anatomy” roster of eye candy. And we’re sure he won’t disappoint as the smoldering Dr. James Avery. ESSENCE.com knew you’d want to know more about the Chicago-bred actor, so we caught up with him on the Los Angeles set of the hit show.

ESSENCE.COM: Tell us more about your character, Dr. Avery. What can we expect from him this season?
JESSE WILLIAMS: He’s one of a few new doctors who are coming into the hospital as part of a merger. It’s a tenuous situation since we’re all thrown together at a time when everybody is really scared for their job. Avery is a confident, successful surgeon who is really ambitious. He doesn’t take sides or deal with any drama. He’s there to work and not really get involved in the pettiness.

ESSENCE.COM: Sounds like a strong alpha-male type? How different are you from your character?
WILLIAMS: He’s more cavalier than I am, and probably a little bolder too, but there are some similarities. I also don’t also get involved with drama.

ESSENCE.COM: I read where you compared auditioning to going on five blind dates in a week and getting dumped after every one. Was your audition for the show that rough?
WILLIAMS: This audition was a short, simple process. I got the audition information at 7 P.M. on my birthday (August 5), then went in the next morning and read for it even though I didn’t know what part I was reading for. Five days later, I heard I got the job.

ESSENCE.COM: What did you do before you got into acting?
WILLIAMS: I started modeling when I was in college at Temple University. My first campaign was for Kenneth Cole. After college, I became a teacher in Philadelphia. I taught English and history to high schoolers mostly, but I also taught junior high, first grade, and kindergarten. I tutored on weekends at a local church. That was the most meaningful job I ever had.

ESSENCE.COM: We like to watch you on the big and small screens, but what do you like to watch?
WILLIAMS: I don’t know that I rewatch a lot of films, but “Do the Right Thing” is a great American movie. I like anything on HBO and “Deadwood” was my favorite series.

ESSENCE.COM: Weren’t you up for the part of Meadow’s boyfriend on “The Sopranos”?
WILLIAMS: That was my first real TV audition for a real, legit job. I tested for the part, but obviously the other guy got it. He was a Broadway actor and I was a dred from Philly with hair down my back. It worked out for the best. They would have wanted me to cut my hair for the part.

For more of Jesse Williams, tune in to ABC’s “Grey’s Anatomy” on Thursdays at 9 P.M. ET.