Pleasure Principle was a lesson in the power of simplicity. For the high-energy video, Janet rocks a simple graphic t-shirt tied at the front, classic high-waist jeans, a black belt and sneakers. She pairs the look with an oversized jean jacket (that gets tossed to the side) and knee-pads that most definitely come in handy. Cool, effortless and functional, this outfit was all about being in the moment. Even today, entering “Pleasure Principle t-shirt” into a search engine yields countless sites offering replicas, showing 30 years later it still has major impact.

Epic is an understatement. For Rhythm Nation Janet took a fiercely socially aware song and paired it with the perfect militant, “by any means necessary” look. The tailored jackets, snapbacks and hoop earrings (complete with a dangling key of course) made for a style moment that’s still mimicked today. We’ve even seen artists like Beyonce take a page from Janet’s book, using a combative, controversial look to get a critical message across. 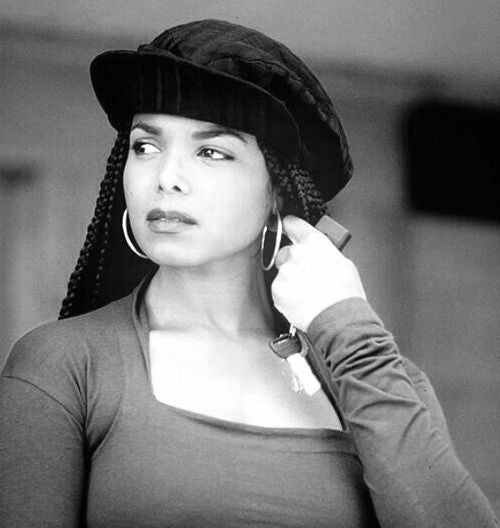 In her unforgettable role as the Justice in classic Black film Poetic Justice, Janet flawlessly captured what it meant to be a Black girl in the ’90s. Her cool and simple style embodied what the era was all about and her hair, now affectionately known as “Poetic Justice braids” felt familiar. Today, there is no hair blogger that hasn’t provided a tutorial on how to get this exact look and you’ll never attend a Halloween party (where Black girls are present) without running into a Justice 2.0.

Scream is still the most expensive videos ever made, and the outfits Michael and Janet wore definitely fit the bill. The matching all black moment complete with spiky sweaters, high-shine leather pants and boots convinced us all that this was the look of the future and in many ways, it was. This video proved that Janet (and Michael) were lightyears ahead of their time when it came to style. 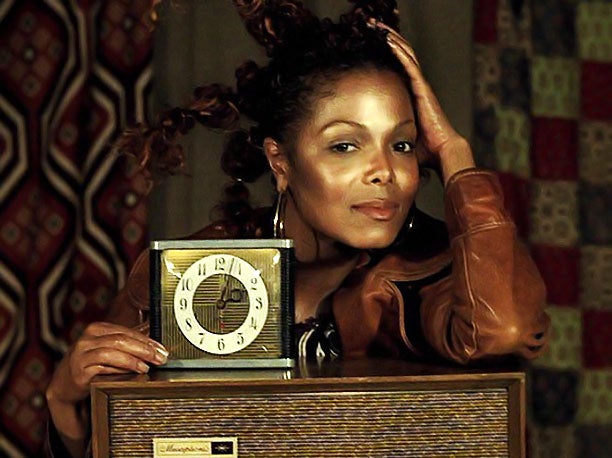 ‘Got ‘Til It’s Gone’ was a refreshing and rich look at the complexities of Black culture and a huge part of Janet’s ‘Velvet Rope’ era. Set in South Africa, Janet used this video to give us style that felt evolved yet authentic. Her bold and unapologetically Black look for this album felt like she was speaking to the times as neo soul took center stage and the new millennium was right around the corner.