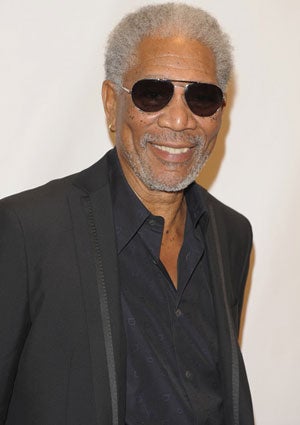 The Academy Awards race has officially begun with early Oscar indicator The National Board of Review’s list of awardees. Morgan Freeman (Invictus) tied George Clooney (Up in the Air) for Best Actor. Freeman ably fills the ginormous shoes of Nelson Mandela in helmer Clint Eastwood’s three-hankie biopic about the iconic South African leader’s efforts to unite his country around the 1995 Rugby World Cup. If Freeman is nominated and wins a Best Actor Oscar, he will become only the fifth African-American male actor to do so following Sidney Poitier (Lillies of the Field); Denzel Washington (Training Day); Jamie Foxx (“Ray”); and Forest Whitaker (“The Last King of Scotland”). With the notable exception of lead actress Gabourey Sidibe’s citation for Breakthrough Performance By An Actress, Precious: Based on the Novel Push by Sapphire was shut out of all of the NBR’s major categories (including a Best Supporting Actress nod for Mo’Nique).