Bryan Bedder/Getty Images for WE Day
By Danielle Young · Updated December 6, 2020
Kendrick Sampson is now crowned our favorite #wokebae. The actor, who plays Nathan on Insecure, which marked its season finale Sunday night when his character magically returned after ghosting our girl, Issa Dee, is also deeply involved in activism and encouraging young people to register to vote ahead of November elections. Although we love him on Insecure, it’s not the first time we’ve seen Sampson’s face on the small screen. The mixed race actor has appeared in Greek, The Vampire Diaries, The Flash and even How to Get Away with Murder.
Loading the player...
But Sampson said it hasn’t been easy getting roles simply because he’s lighter skinned. In fact, Sampson, whose mother is from Texas and whose father grew up in the Louisiana foster system, said that having light-skinned privilege is a double-edged sword. When we asked by ESSENCE, Sampson broke it all the way down. Like to hear it, hear it go: “There’s two sides to light-skinned privilege,” he began. “Light-skinned privilege is largely through a white lens. It is exploited by oppressive forces…It was always a façade.” Sampson then further explained by making a comparison to the complexities within his own family.

There’s a false privilege that people buy into…and then we don’t coalition build.

“It’s kind of like my dad. My dad was abusive,” he revealed. “And so he would say, ‘You’re my favorite.’ Being a favorite of an abusive parent is not really a good thing, necessarily. It’s like okay, I don’t get hit as much, or I get hit and then told, ‘You’re smart.'” “That’s kind of the same thing with light-skinned privilege. It puts you in the house so that you can get raped easier,” Sampson continued, making an analogy between slavery times when Black women were often raped by slave masters on plantations. “And so you got to enjoy the cool of the inside, but also the fear of always being at arms length [from the slave master].” Sampson said that in our current society, light-skinned privilege is “largely an aesthetic thing. You are accepted as more beautiful by white people; they use that to pit us against each other. It’s exploited and some people buy into it and you’re like what privilege do you really have?” 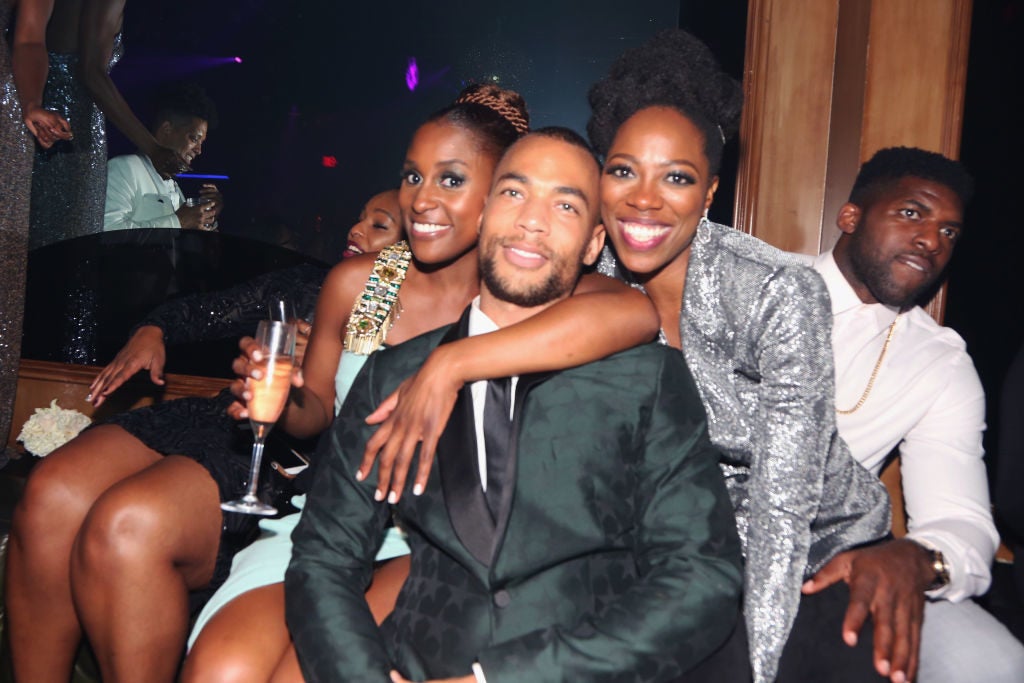 The actor said that his privilege doesn’t make him immune from the deep rooted issues the Black community continues to have with law enforcement. “I was pulled out of my car at gun point. I don’t get to escape that,” he said, adding that Mexicans, Iranians and Sikhs are continually harassed “and they’re definitely not darker than me — some of them are — but some of them can pass in hue as white and they don’t get a pass.” “There’s a false privilege that people buy into…and then we don’t coalition build. It’s strategic,” he said.