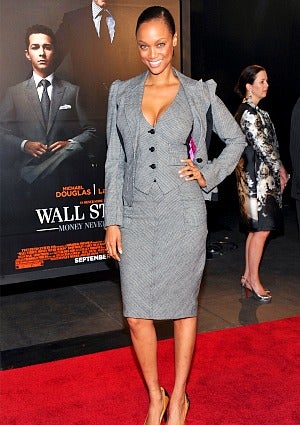 Today, Tyra Banks turns 37 years young. The youngest of Carolyn London-Johnson and Donald Banks’ two children, the Inglewood, California native has proven herself in nearly every area of entertainment. Banks began modeling in the 11th grade and was the first African American woman to grace the covers of GQ and Sports Illustrated magazines. She is also the first African American woman chosen to pose in Victoria’s Secret’s lingerie catalogues. In 2010 Banks celebrated the 15th season of her reality TV show “America’s Next Top Model.” She also, chose to say farewell to her Daytime Emmy Award-winning talk show, The Tyra Show and she penned a book — “Modelland” to boot. As she celebrates all the milestones in her life thus far, we wish Tyra Banks a happy birthday.