CBS This Morning
By Paula Rogo · Updated December 6, 2020
Gayle King’s infamous interview with R. Kelly has garnered our fullest attention all week, as she sat down with the beleaguered singer to discuss the sexual abuse charges he is currently facing. Although King was fully prepared for her meeting with R. Kelly, she says it was the interview with his two girlfriends — Azriel Clary, 21, and Joycelyn Savage, 23 —that surprised her the most. Specifically, she tells TIME she was surprised at how hard Clary seemed to come for her once the interview started.
Loading the player...
“But she had a very snippy little arrogant attitude. She started out the gate like that. I was surprised. That’s why I said, “You seem so angry.” I thought that was an interesting reaction from her. But I wasn’t even offended. I was like, ;O.K., all right. We’re going to play it like that. Okie-dokie,’” King said. She continued: “I was surprised that that was the tactic she chose to take. But what am I going to do? I’m not going to start screaming and hollering at her.”

Remember Azriel and Joycelyn from the #SurvivingRkelly doccie?? Gayle interviewed them this morning. They say they're both in love with R Kelly @CBSThisMorning #Rkelly pic.twitter.com/XssucPL8Ar

King also told TIME that she spoke to Clary’s father after the interview and he apologized for his daughter’s behavior. “He said, ‘I’m so embarrassed. That is not how she was raised. My family couldn’t believe what we were seeing. This is not our daughter. We just want you to know that we’re embarrassed and we’re ashamed, and we have a lot of respect for you and we’re very disappointed that she handled it that way.'”

WATCH: @GayleKing spoke to Joycelyn Savage and Azriel Clary about living with R. Kelly and their estranged relationship with their families. It made them very emotional.

We'll bring you more of their interview, tomorrow only on @CBSThisMorning. pic.twitter.com/R9IWQmy8RR 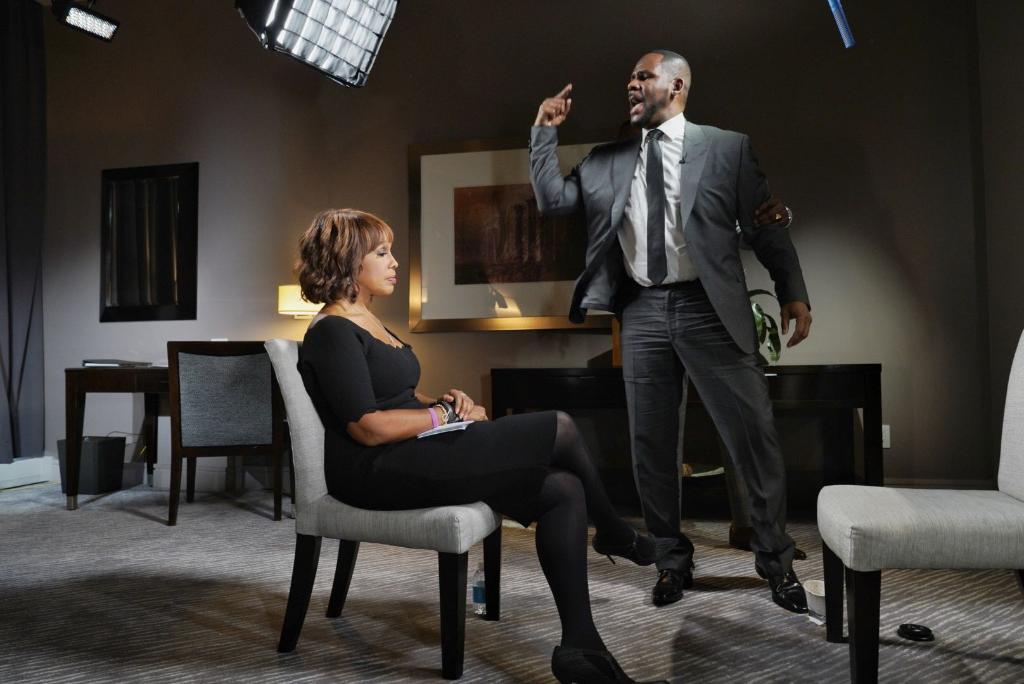 The full CBS This Morning interview aired Friday, the day before R. Kelly was released from prison after someone paid the $161,000 he owed in back child support. He had been in jail since Wednesday when he was unable to come up with the full amount at a court hearing. That trip to jail was Kelly’s second in recent weeks. Last month, he spent a weekend in jail after he was charged with 10 counts of aggravated sexual abuse pertaining to four women, including three who were minors when the alleged abuse occurred. R. Kelly admitted that he was unable to post the $100,000 bail, and a “friend” stepped in to pay the full amount.