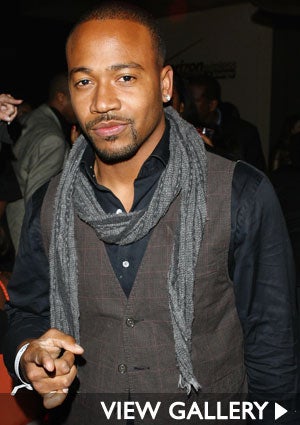 Columbus Short, known for choreographing Britney Spears’ 2004 “In the Zone” tour and popping and locking behind R&B darling Brandy, has put away his dancing shoes to focus on a new passion: acting.

Short shows off his chops in “Armored,” opening tonight, playing Ty Hackett, a rookie armored truck driver who is coerced by a gang of veteran drivers into stealing $42 million from the Federal Reserve. Laurence Fishburne, whose character is one of the men leading Ty astray, has actually had a more positive impact on his young costar in real life.

While shooting “Armored,” Short was offered the role of Little Walter, the legendary but troubled harmonica player in “Cadillac Records.” It was such a meaty part that Short was having doubts about whether he could measure up. Fishburne convinced him to go for it.

“He told me I could do it, that it was in me”, Short says. “It was some good advice thatÂ¹s still paying off. Instead of me being boxed into, ‘Oh there’s the guy from Stomp the Yard,’ it was more of, ‘This guy could have a real future in doing good work on screen.’

“IÂ¹m a living testament to what having dreams can bring you.”

Here’s How You Can Secure The Newest Luar Bag