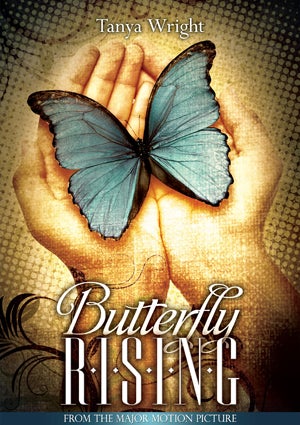 Tanya Wright suffers no fools and talks a lot of smack as bossy Deputy Kenya Jones on HBO’s monster hit, “True Blood.” Fans of the top-rated series may be surprised, in a good way, by the Bronx native’s debut novel. You’ll find neither a vampire, nor werewolf, nor shape-shifter in Wright’s tender novel, “Butterfly Rising,” but you will go through several tissues by the end of the book’s 257 pages. Inspired by a true story, Butterfly concerns two brokenhearted women — upright Lilah Belle and brazen Rose Johnson — who embark on a momentous road trip and encounter a mysterious and mystical stranger who has a profound impact on both of their lives. An accomplished actress and writer, Wright found the inspiration for “Butterfly Rising” in the loss of her brother, and the transformation she experienced in her own life at that time. “I hope that ESSENCE.com readers will take away that their dreams — no matter what they are — are possible, and even more important; that second chances are deserved,” says Wright. “Too often, people are judged and convicted without benefit of a second chance. We are all human and mistakes are imminent. It’s all part of life’s journey.” Wright wrote this story as an original screenplay. For information on the film version of “Butterfly,” which Wright directed and stars in, click here.