Daytime TV’s got a brand new batch of outspoken ladies in the form of Tamar Braxton, Tamera Mowry-Housely and Loni Love, who together with Adrienne Bailon and Jeanne Mai, are the hosts of the super fun new talk show, The Real. Warning: No one is safe from a Tamar Braxton read, honey!

We caught with the lively hosts on the set of their new show to hear what they thought of comparisons to that other staple of daytime roundtables, The View, their on-air chemistry and their views on George Zimmerman. 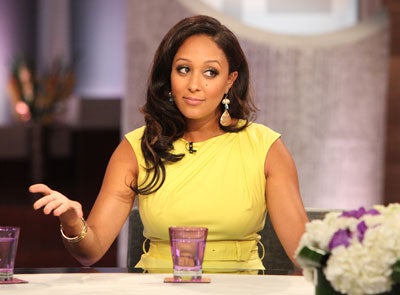 ESSENCE: Of course everyone’s going to compare you to The View.
TAMAR BRAXTON: It’s different from The View in my opinion. Sometimes when you’re watching The View—respectfully—you think you’re talking to your aunts or someone older. The Real is more like you’re sitting around talking to your girlfriends and you want to get their younger kind of perspective.
TAMERA MOWRY-HOUSELY: I hate being compared just in general because I’m a twin. What I can say is that we’re a fun, hip, new, interactive talk show and we are the type of women who aren’t afraid to say anything that’s on our mind.
LONI LOVE: We don’t really like the comparison. What people have to realize is that talk shows and round tables have been around for years. We’re going to have segments that are a little hipper and deal with what goes on in today’s world. That’s what’s going to make this different.

ESSENCE: With a name like The Real, I bet no one is safe from critique.
TAMAR: Absolutely! I’m not even safe.
TAMERA: That’s what happens when you put your opinions out there. I think everyone is going to have some kind of criticism but that’s what’s so great about opinionated shows. They’re not facts, they’re opinions.
LONI: We’re going to say what the audience is thinking and we’re not going to be apologetic about it. 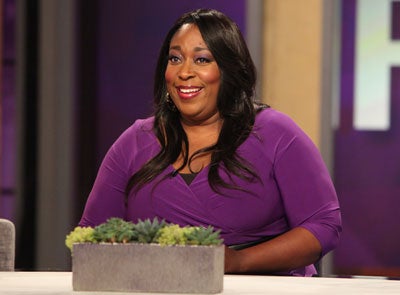 ESSENCE: How would you describe each other on the show?
TAMAR: Loni love is going to make you fall out laughing. Adrienne [Baillon] is that New York homegirl. Tamera’s going to give you 1950s wholesome girlfriend. Everybody has that wholesome girlfriend. Jeannie [Mai] is going to give you that fashionable opinion.
TAMERA: Tamar is the confident, opinionated, strong woman. Adrienne is the firecracker. Jeannie is the fashionista and Loni is definitely the comedic relief. She is hysterical, but she’s also the mother hen. I love her. Plus, she smells good and I just want to put my head in her boobies and stay there and just give her a big hug. She’s so awesome.
LONI: Tamera is the mocha princess. She’s my conservative, but she’s exciting. Tamar is the funny diva. She’s going to give us the coin and tell us about the latest trends. Then you have Adrienne, my young hip-hop spark plug. She has so much energy. Jeannie is my fashion icon. She won’t let me walk out of there looking crazy.

ESSENCE: You’re going to be talking about a lot of personalities on the show, so I’m going to give you three names and you tell me what comes to mind. First, Amanda Bynes
TAMAR: Girl. She needs to have several seats. How do you go from being this Disney icon to you on Twitter telling the President of the United States that he’s ugly? Especially when he’s fine as hell. Girl, sit down.
TAMERA: My heart goes out to her. I think there comes a point where people need to stop making fun of and realize that this girl needs some help. She needs love.
LONI: I need her to come on The Real, because we need to talk to her. Let’s get Amanda Bynes so we can talk about what can talk about what’s going on with her. [Laughs] Let’s get Miley on here to see why she’s going through this twerking phase.

ESSENCE: Idris Elba
TAMAR: Ooh la la yum! He’s just a delicious person. Talented and he’s cute and single. [Laughs] I’m not single though but I can look.
TAMERA: I don’t know who that is. He’s an actor? He’s black? Oh, Fine! Like F-W-I-I-I-N-E!
LONI: Ooooh, a black James Bond. Sexiness, manliness. That’s the type of man I would love on the show because we could get his viewpoint on women.

ESSENCE Since you’re not always going to be discussing entertainment, what comes to mind when you think of George Zimmerman?
TAMAR: Now this is when you get real. This is about a person who was walking home from 7-11 and a person that followed him home with a gun. What else do we have to discuss?
TAMERA: Hmm. That’s all I have to say. Hmm.
LONI: I think we need to have some closure and peace. We also need to have conversations about guns and about race in this country.