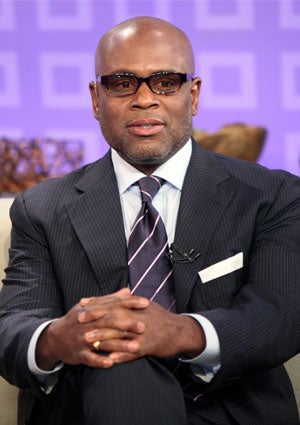 Island Def Jam Chairman Antonio “L.A.” Reid cleared up an urban legend that there is tension between him and his ex-wife, platinum recording artist Perri “Pebbles” Reid, who is hosting ESSENCE’s R&B Star talent search. “I have massive respect for [Pebbles] and there are no problems between us,” Reid exclusively shared with ESSENCE.com…

The music impressario’s statement comes just as Pebbles is about to the hit the road traveling to New York, Los Angeles, and Atlanta with “ESSENCE Presents: The Next R&B Star.” The Grammy-nominated recording artist, known for top-selling hits such as “Girlfriend,” “Mercedes Boy,” and “Giving You the Benefit,” has publically shied away from the R&B world for more than a decade while she focused on her faith, family and rebuilding her life.

Over 20 years ago Pebbles discovered mega-group TLC, who were signed to LaFace Records, which her then-husband Reid and Kenneth “Babyface” Edmonds owned. TLC’s widely reported 1995 split from Pebble’s management company was detailed in an infamous 1999 VH1 “Behind the Music” special which led to speculation of mismanagement by Pebbles. The singer denied all allegations.

Today, Reid, whose Def Jam label represents multi-platinum singers Rihanna, Usher, and Justin Bieber says Pebbles was “way ahead of her time.” He reflected: “The truth is she understood the 360 degree deal before most record companies. She was there first. She was a visionary. She is amazingly talented and smart.” Pebbles says she is pleased “R&B Star” gives her an opportunity to focus on her two passions: her faith and artist development. “I am supposed to reach people through music. This is a lifetime commitment I’ve been called to do.” Pebbles along with celebrity judges and industry icons such as Kevin Liles of KWL Enterprises will choose finalists who will appear at the ESSENCE Music Festival (July 1-3 in New Orleans) and one grand-prize winner will receive a recording contract.